Don’t engage in outside distractions whilst in tournament mode 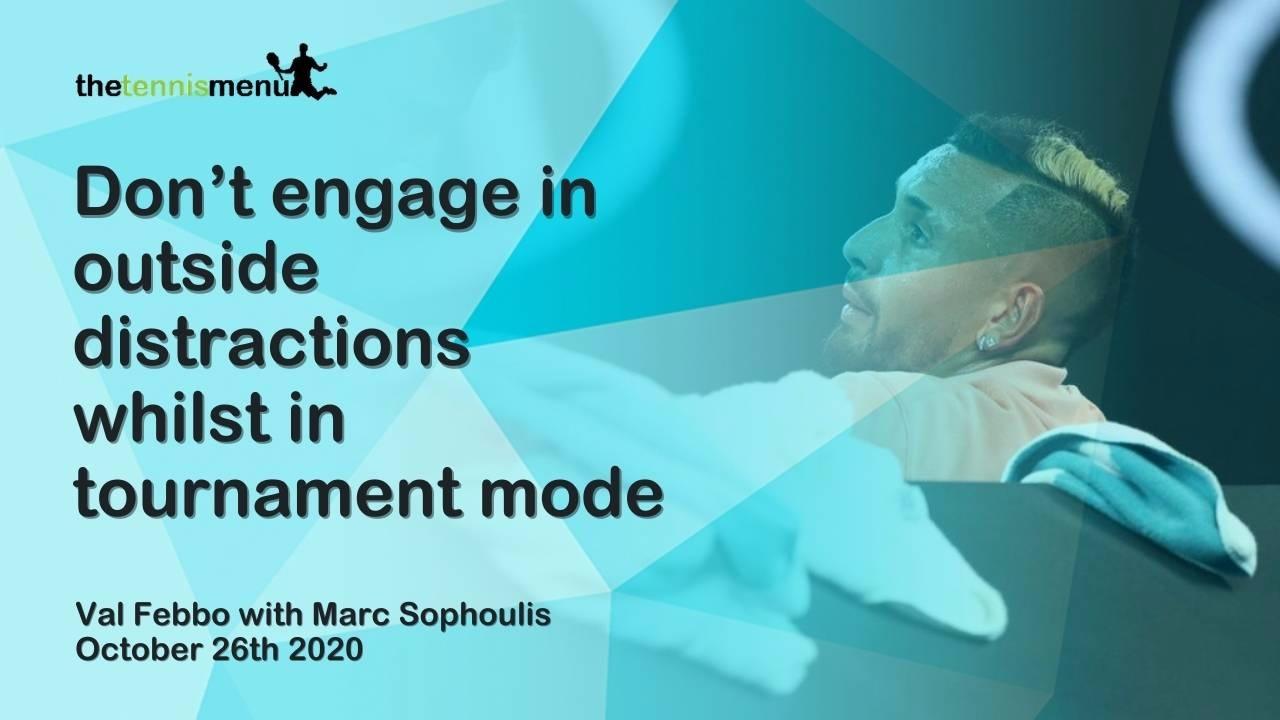 The 2020 French Open was fairly bizarre in many ways, for starters players wore leggings and long sleeves due to freezing weather, it was in September/October and also players in the main draw were having social media feuds with ones that weren’t.

That was evident in the Nick Kyrgios responded to a Mats Wilander quote stating that Andy Murray taking wildcard spots in tournaments and losing is just holding up a spot for a younger player. Russian star Karen Khachanov replied to the Canberra native and it escalated from there. 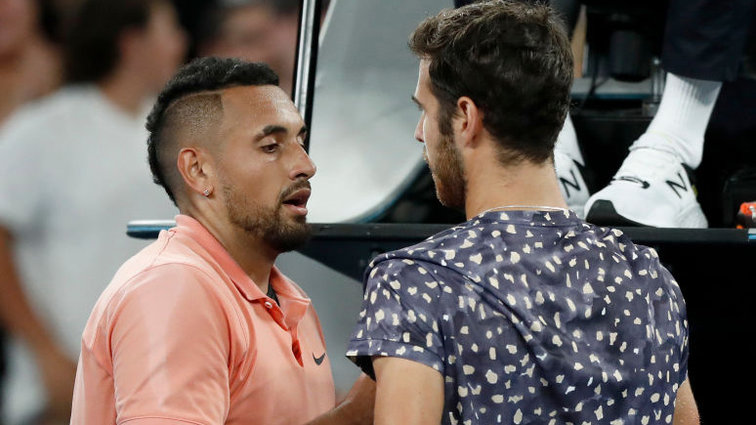 “Just read what Wilander said about @andy_murray .... shut up Mats, no one cares. Muzz, just know that how ever long you stay, we all appreciate and enjoy your tennis and banter. Also I’ve never watched a point of Mats Wilander.” He Tweeted.

Khachanov responded with, “Nick, come on mate..it’s too much..show some respect.”

The Australian retorted, “Nah I'm good dude. Muzz and I respect each other, and if someone starts talking about one of mine then I'll come at them. I'm supposed to respect Mats? For what? Hitting a ball over the net? I don't give my respect for that.”

“Bro it's your call, I really think you are a good lad and I don't have any problem with you. But once you are sitting at home and writing different comments about players that makes me think who has the real problem,” Khachanov added.

Just read what Wilander said about @andy_murray .... shut up Mats, no one cares. Muzz, just know that how ever long you stay, we all appreciate and enjoy your tennis and banter. Also I’ve never watched a point of Mats Wilander. 😂🤦🏽‍♂️

“So you think what the players did during this pandemic was smart? I’d love to have an intellectual conversation with you but I’m not sure it would go further than how hard you could hit a ball. I’ve simply been holding people accountable.” Kyrgios said.

The Russian bit back, “And next time before talking about my intellect read at least a few books , instead or playing video games whole day long.”

This led to the Australian firebrand’s final, and brutal, comments.

“I've also been feeding the hungry, helping open up new facilities for kids to get active. But way to do your research you absolute pelican,” he exclaimed.

“Picture books don’t count, judging from how you constructed this sentence.”

Things went over the top, but the underlying factor is that Khachanov was in the middle of a French Open campaign, in between his first round win over Kamil Majchrzak and his second round matchup with Jiri Vesely.

Speaking on The Tennis Menu’s Roland Garros show, high performance coach Marc Sophoulis believes that the feud was immature and it went too far.

“Khachanov was probably protecting the integrity of the game a little bit by coming back,” Sophoulis said.

“The players are on it (social media) all the time. After the first one, once nick bit back at him you’d probably say stop, it’s enough, you don’t need to be focussing your energy on that.

“The start was nick protecting Andy, then it was Khachanov protecting the integrity of the game and a legend of the game. It got into a stupid argument.

“It got personal, pretty much what you see between two young kids. It didn’t need to happen.

“Kyrgios was trying to do the right thing, and it turned into something that wasn’t super from anyone’s part.”

“If I was coaching Khachanov I would say, mate, enough. Let’s get ready for our next match.”

In this world where social media is becoming more prevalent every day, it seems as though this sort of thing might be a more regular occurrence, but with the right coaches in your corner, damage can be limited.

Find out more about Marc and The Tennis Menu's team HERE