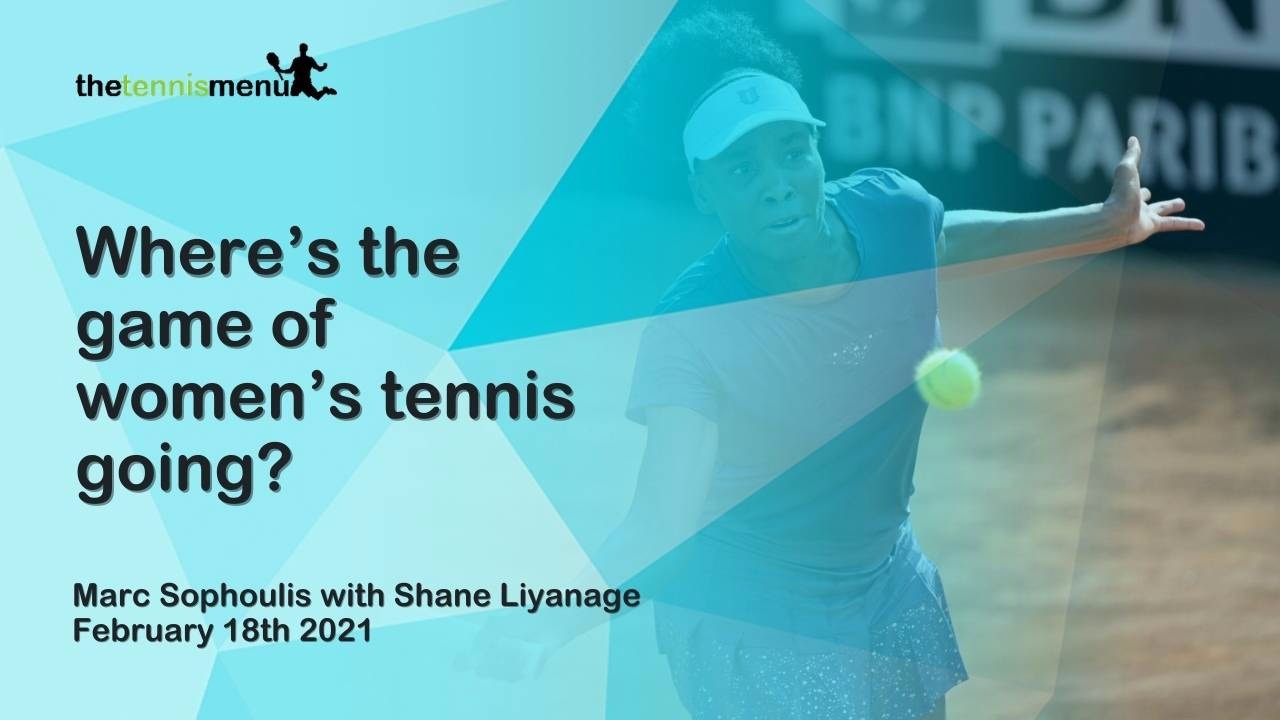 By Marc Sophoulis with Shane Liyanage

In 1994, a woman by the name of Venus Williams changed the game of women’s tennis. At the ripe old age of 14 she entered the professional ranks of the game bringing with her a new era of power and athleticism. Overshadowed now by little sister, Serena, Venus paved the way for the new era of the women’s game. Today, at the age of 40, Venus is still in the world’s top 100 and competing like she did when she first entered the big stage.

Blasting groundstrokes off the back of the court with pure strength, hitting through the baseline and dominating the court position, the Venus Williams game was the leader in change on the women’s tour in 1994.

There is no doubt that Venus ushered little sister Serena into the top end of the game, and now Serena is gunning for her 24th Grand Slam singles title at the 2021 Australian Open. Serena, who started with pure power and athleticism like her big sister, has endured two decades at the highest level. Although, the one thing that has been evident is the fact that Serena now possesses more skills in her tool kit than ever before. She creates angles, changes the ball heights and spins, comes to the net and has added variety to her serve (once just a brute show of strength). 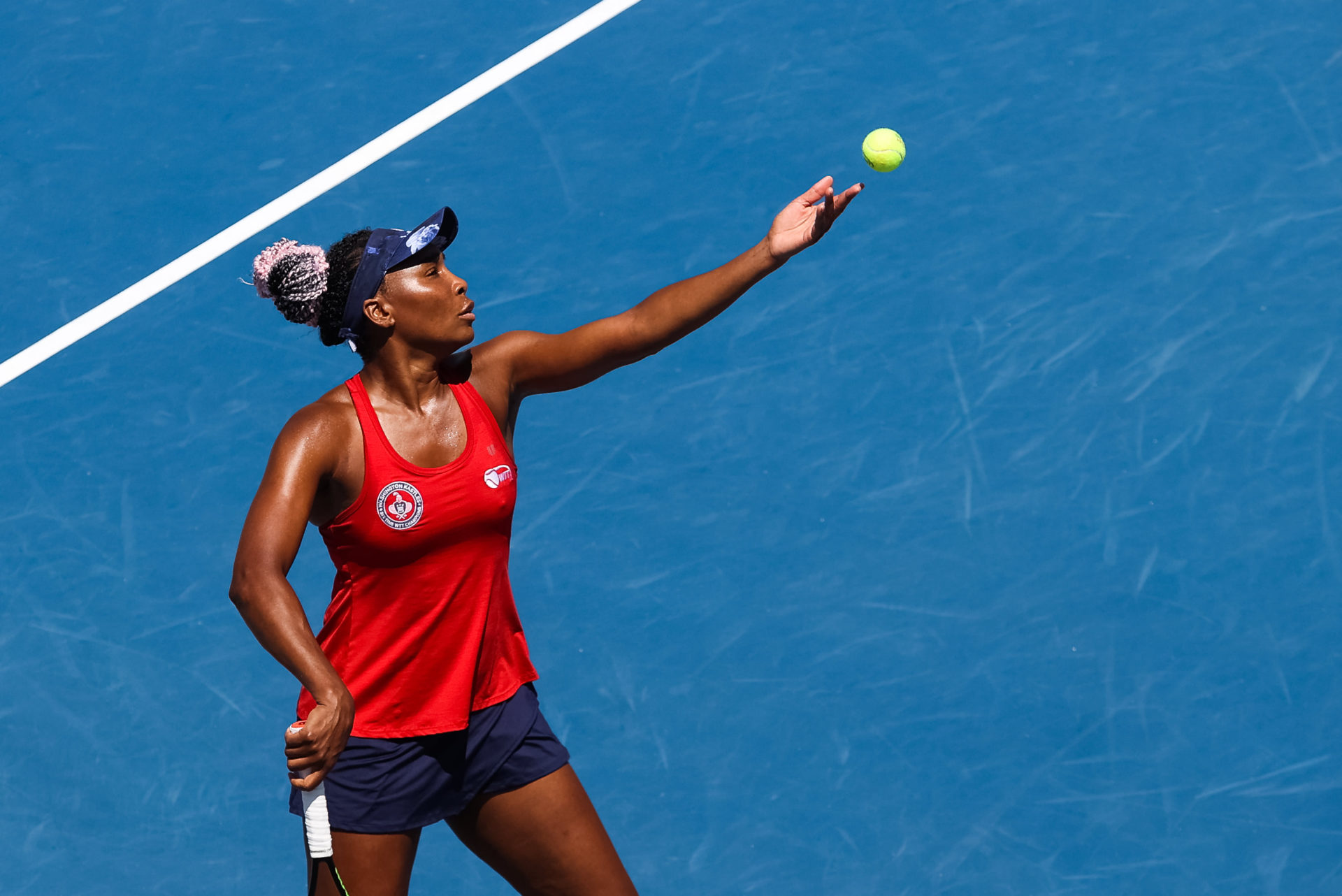 Venus Williams has proven to be a pioneer in women's tennis

With sports science taking another step over the last ten years, the young players of todays game possess the same power as the Williams sisters when they enter the tour at a young age. Although these days the power is coupled with exceptional movement, court coverage and the ability to vary the game with a variety of shots, making players like Serena Williams have to adapt along the way, something that true champions can do.

So where is the game of women’s tennis going?

World number 1 Ash Barty, has shown that variety of ball speeds and spins, coupled with incredible net play and finesse is a game plan that the big hitters struggle to combat. Taking her opponents out of their strike zone, slowing down the ball speed with a short low slice, coming to the net and taking away court space are all winning plays that the big ball strikers don’t want to face.

At the Australian Open this year, she was taken down in the quarter final by her ‘clone’ and up and coming all court player Karolina Muchova, who ‘Out Barty’d’ Ash Barty. Using a variety of styles including slice, power and the net, the Czech star was able to match the game style of Barty which not many others have been able to achieve.

This case is a stark reminder of what happened at the 2020 French Open, which was delayed due to COVID and moved to the back end of the year in much slower and heavier conditions.

Young Polish player and rising star of the women’s game Iga Swiatek, was crowned the French Open champion 2020. Utilising more angles and width into the women’s game than players previous to her, with the ability to use all areas of the court, most impressively the service boxes with drop shots, the Pole is a player to watch over the next few years. Not the ‘traditional’ power style of years previous, she beats you with variety.

Traditionally it was known that ‘men’s tennis’ was all about big serving, heavy hitting, forehand dominant game and women’s tennis was categorised as a returners game, full of flat hitting through the baseline and brute power. But tennis is evolving, and as mentioned above the variety of players now on the women’s tour is making it an interesting pathway into the future. Coaches need to be aware of the changing trends and adapt philosophies to match where the game is heading. 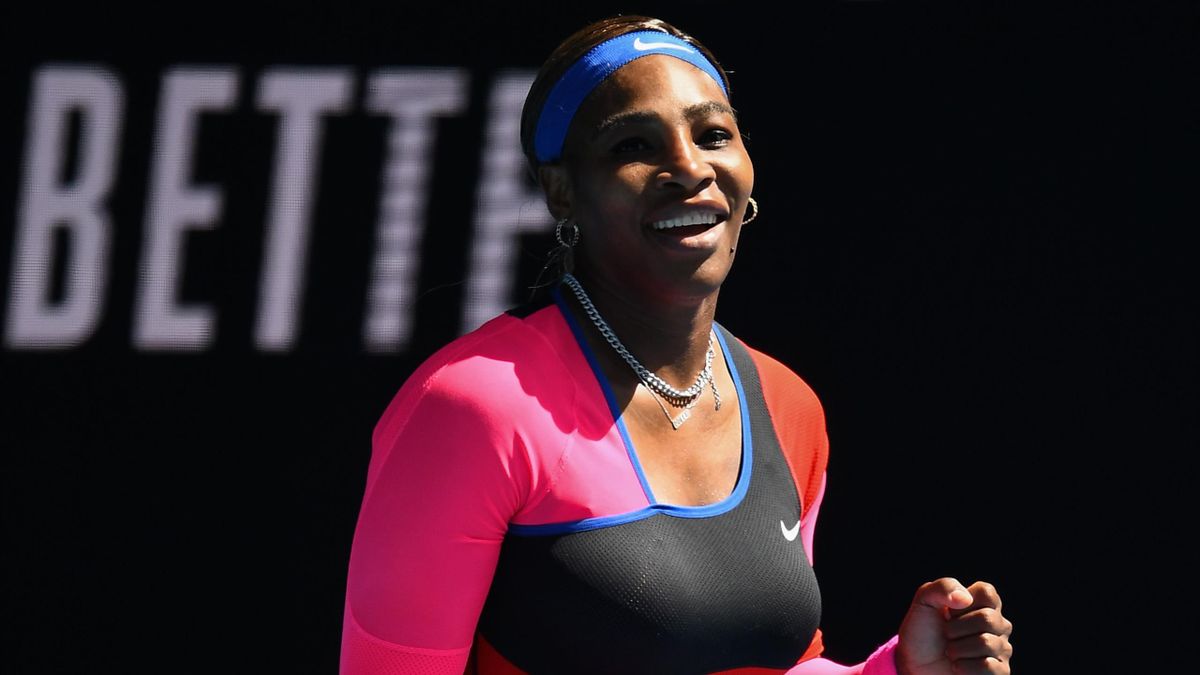 Serena Williams' brute force will forever go down in history

As well as the aforementioned stars, let’s look at two players who are now seeing the benefit of their variety based game styles years down the track. After six years on tour with her ranking stagnating, Ons Jabeur enjoyed a career best year in 2020 ending the year at 31 (currently 30) in the world and Su-Wei Hsieh, who at 35, is still making life difficult for players finishing in the top 100 in the last five years. Both players are different, very creative and possess skills that are incredibly tough to read and play against. In her early years on tour, Jabeur was told to work hard on her baseline game and encouraged to hit hard from the baseline, with a lot of focus on the backhand, some of her natural creativity in using the slice and drop shots suffered as a result. With a change in coach, a focus has been more on using the change in pace shots, varying width and length on shots, it’s fair to say her greatest weapon now is her ability to slice and dropshot in any situation.

Then we have the American contingent including Jennifer Brady, Jessica Pegula, Maddison Keys, Alison Riske and Coco Gauff who have adopted the big serve style plus trying to utilise the forehand to start the points.  Playing a non-traditional female game these players have the ability to open the court from the serve, run around the forehand and close out points from the net.

According to Data Driven Sports analytics data scientist Shane Liyange,  the women’s game has made some slight shifts in the last few years. The 4 major differences are included below:

There has been a 3% Increase in shots that cut the sideline (width game) before the baseline (length game), with a 1.7% increase in this based on the matches tracked by Data Driven Sports Analytics at the 2021 Australian Open.

Prior to 2019 on the backhand side on the WTA only 14% of shots were being sliced, this has jumped in the period since to nearly 18%. As a comparison the Men are using the slice approximately 24%

The ratio of net points to baseline points on the WTA has remained around 1 net point to 7.5 baseline points for a decade. However, we have seen a select few players that have a higher ratio net play and base line play at the 2021 Australian Open. 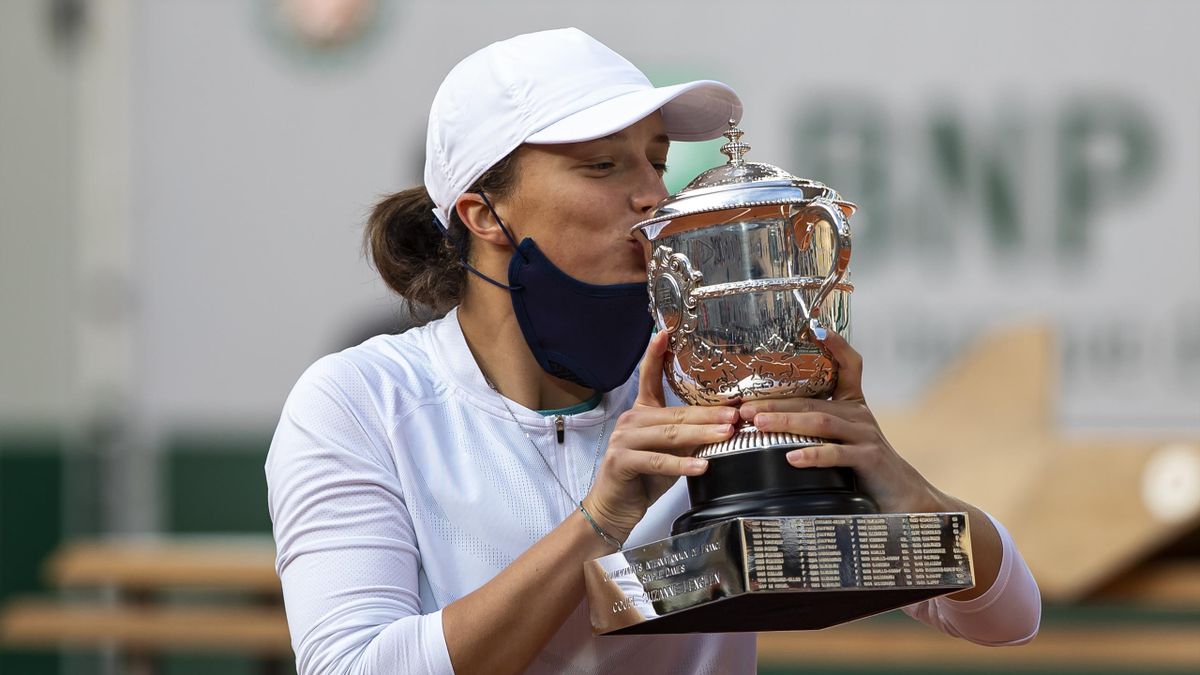 With a slight shift in the data and noticeably having a trend of similar players achieving some great results of late, is the game of women’s tennis changing? If so, what can coaches start to do about it in future female players?