Players must use quarantine to become more mindful 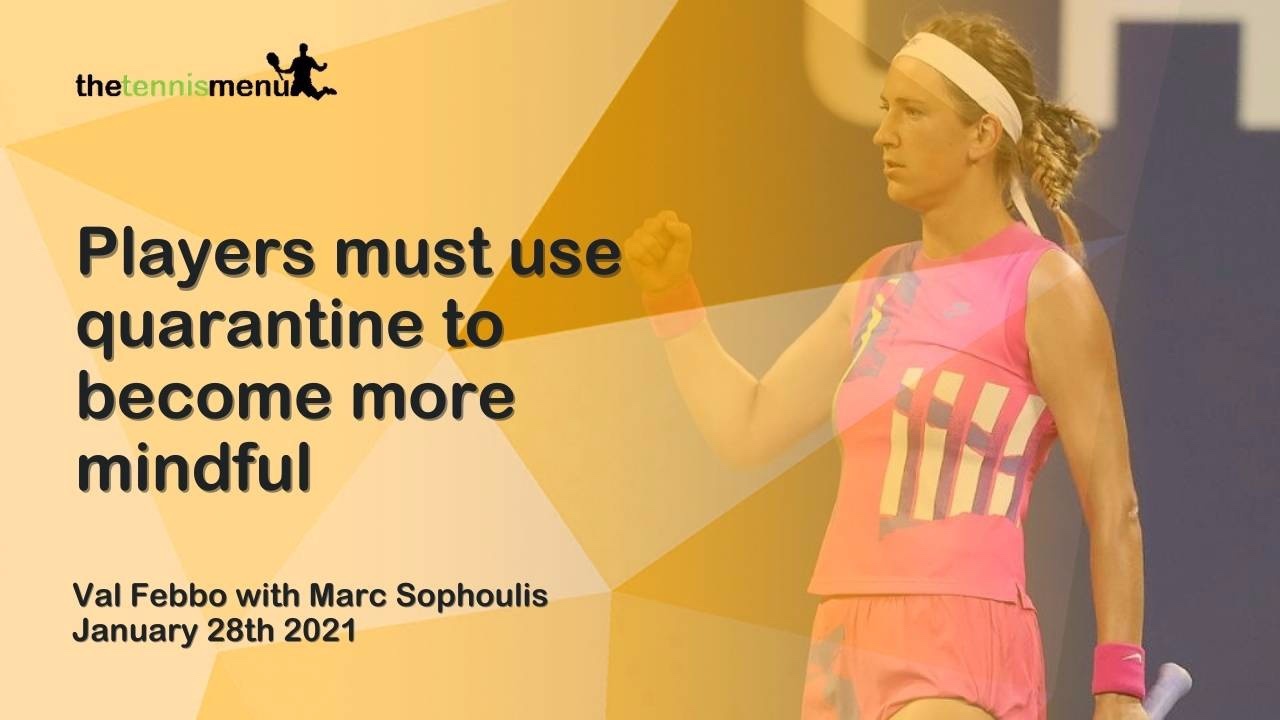 Lockdown and quarantine have been some of the most frequently used words over the past year, almost every country has had them throughout the pandemic that has ravaged the planet.

But what is so baffling about the entire situation is that tennis players are complaining about the situation in Melbourne, a city that has almost eradicated the insidious disease that is Covid-19 after it looked like a seemingly impossible task in July last year.

We have heard players voice their disgust, stating that they feel like they are in prison or that they need fresh air.

But I’m sorry, for the ones that have been granted a free stay at the Pullman Hotel, Grand Hyatt or the View in this Grand Slam city, have some perspective.

Most of them are playing at Melbourne Park, and for the ones in the singles draw that will pocket a sum of around the $100,000 mark just for playing, and I would gladly trade places with them.

I completely understand that it isn’t an ideal situation but it is a great hotel all paid for, food and equipment delivered and then a nice handsome pay packet given to them at the end, not to mention the fact that conditions in Australia are far better than the nations that these athletes have converged from.

This is a time when players must test their mental strength more than any other in their career, and many have failed.

If any of them have watched Star Wars and are familiar with the ways of the Jedi, anger and impatience are paths to the Dark Side and you would fail in their teachings.

The Tennis Menu’s very own Marc Sophoulis is another who believes that this time should be utilised by players to hone their mental skills and become tougher through mindfulness rather than physicality.

“There are some things you can do in hotel rooms that keep you active and we’ve seen that on social media,” Sophoulis said.

“In sport it’s what’s above the shoulders that counts and if you’re in a situation where you can’t do the physical training there’s no reason why you can’t be doing the psychological side of training.”

This time should be a precious commodity for tennis players, who never get this much down time to prepare mentally, only the toughest will survive this Australian Summer, and I am curious to see who will salute after two weeks at Melbourne Park.