How to beat an opponent you lost to the week before 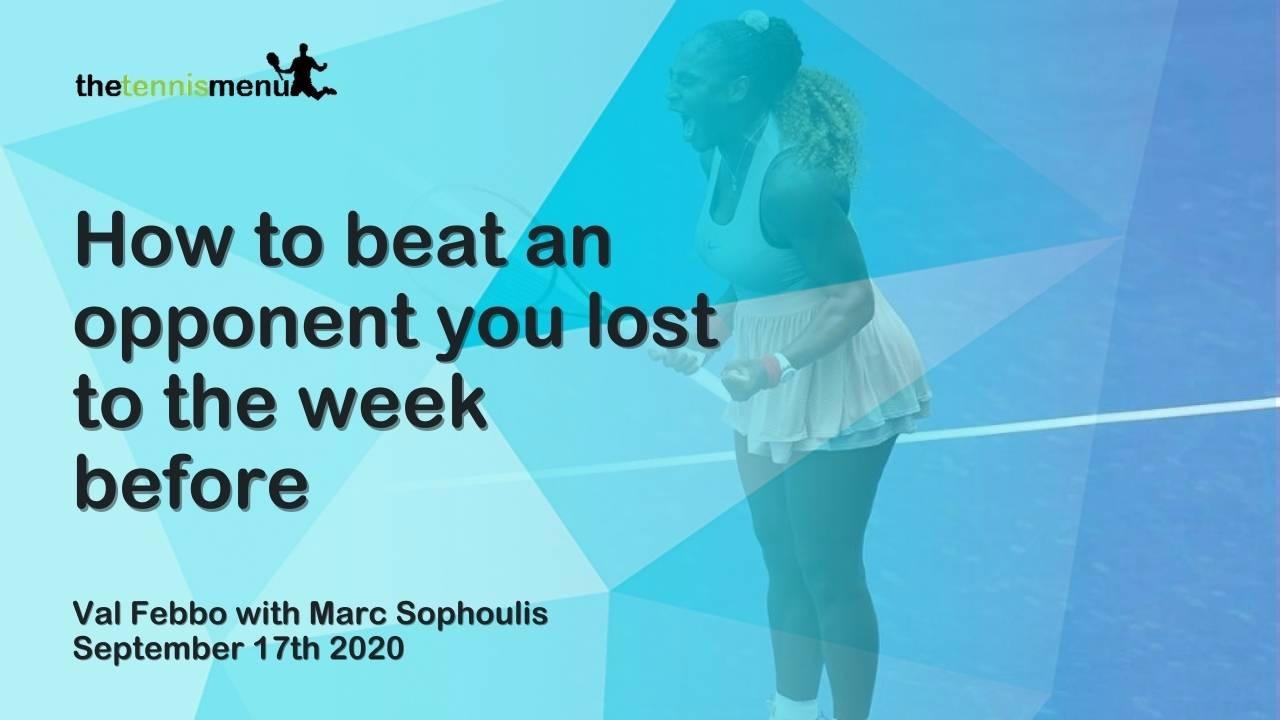 It happens often in tennis, player A beats player B one week, and then a week later they have to do battle once more, and sure enough a lot of the time the result changes.

It happened in the second week of the 2020 US Open with Serena Williams avenging her loss to Maria Sakkari in Cincinnati/New York a week prior, but in some cases the results remain the same, such as in 2017 when Roger Federer dispatched Rafael Nadal in Indian Wells and Miami in back to back events.

In this strange occurrence, high performance coach Marc Sophoulis believes there are many differences that can lead to rectifying a negative result from the prior week.

“It’s pretty much what worked and what didn’t, what did you really well that hurt them? What didn’t you do so well that gave her an opportunity?” Sophoulis said on The Tennis Menu’s US Open show.

“You dissect some of the data but also you have to take into account how the lead up to the match was.

“Every match is so different, one player might not have had a lot of matches and the other might’ve been ready for it. There’s so many different factors you can take into account.”

Sophoulis is adamant that players must analyse the data, but also learn to be mindful and focus on your own game and control the controllables, one of his strongest beliefs as a coach.

“At the end of the day, you look at the data and dissect it as a team and you work out what the plan of attack is,” he said.

“I’ve talked about it a fair bit in terms of game planning, you’ve got to look at 80% of what you can control and 20% is your opponent so there’s no real change in what you’re going to do.

“At the end of the day you’ve got to go out there and control the controllables and play to your strengths then see where that takes you.”

These occurrences will continue to arise in the future, it is inevitable, but it takes a strong mind and phenomenal player to be able to block out the past and learn from mistakes.