Do you believe in yourself?

I know as a player I didn't. As a coach I never did. I've gradually improved the belief in what I do over time. As a young tennis player I was always told by people, whether it be friends, family, tennis coaches - "believe in yourself, you're a good player. You've got a lot of talent, keep believing." One of the things I feel is important to understand about belief is that:

You can't flick a switch and just believe in yourself.

What have you got to believe in? I feel like belief is developed over time and can be the result of many different factors, such as:

So when you go on that court and someone tells you to believe, if you haven't done that hard work it's not going to come through. There's so many things you can do in sports psychology to help you to become more confident about yourself. You can do affirmations. You can do visualizations. You can do mindfulness work, or watch online tennis drills, but pure belief comes from that enormous amount of energy and work you've put in.

So when you walk on that court you can stand tall. You can stand strong, you know you can last the distance physically. You've overcome so many things mentally and that's where true belief comes from. 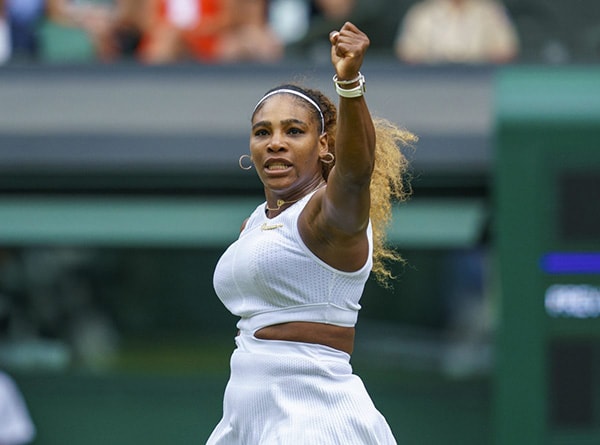 If you look at Roger Federer or at Novak Djokovic, or at Serena Williams. All champions of the game with continued success, which has helped them become much stronger in their belief of themselves. And that belief not only is within them, the belief then has an effect on their opponents as well. Their opponents start thinking "I can't beat this player at the other end."

"I can't beat Federer because he is Federer".