Zverev attitude to allegations is too brash 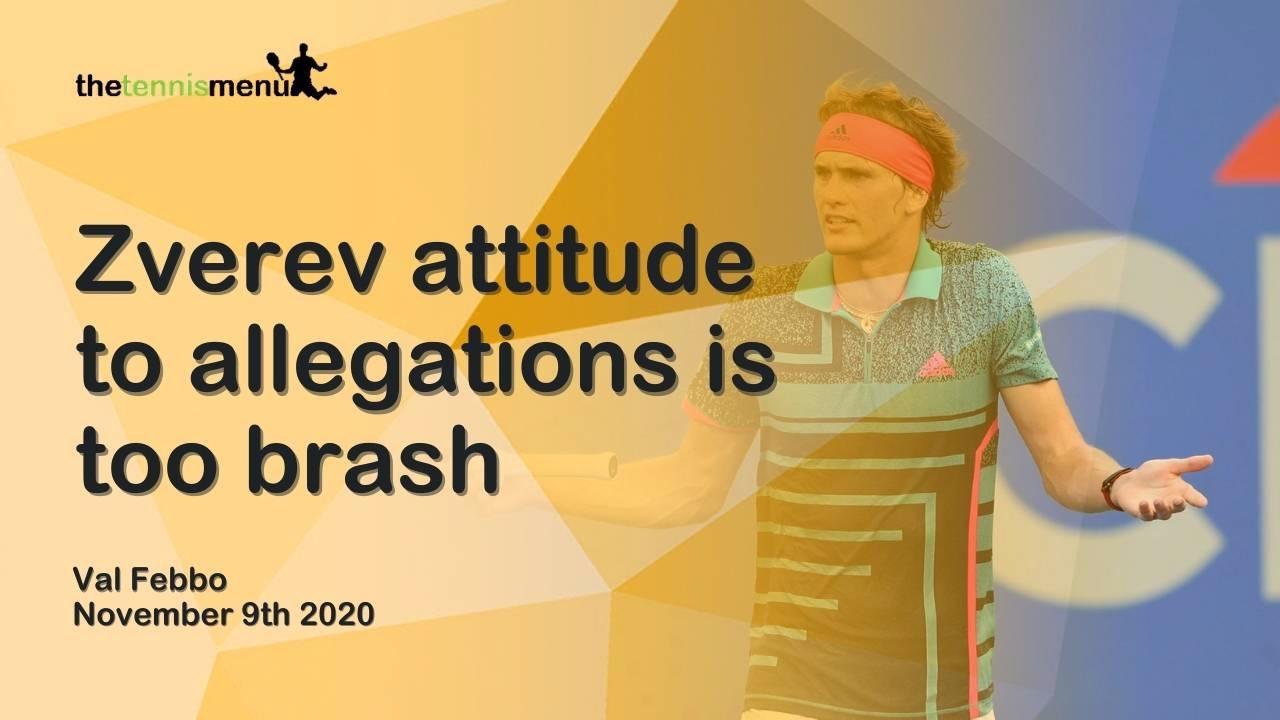 Over the past month Alexander Zverev has endured a rollercoaster ride, conquering the back-to-back events in Cologne before a final in Paris, whilst also discovering that he would become a father.

The most concerning news surrounding the German has been the domestic abuse cloud that has overshadowed him after serious claims from ex-girlfriend Olya Sharypova. 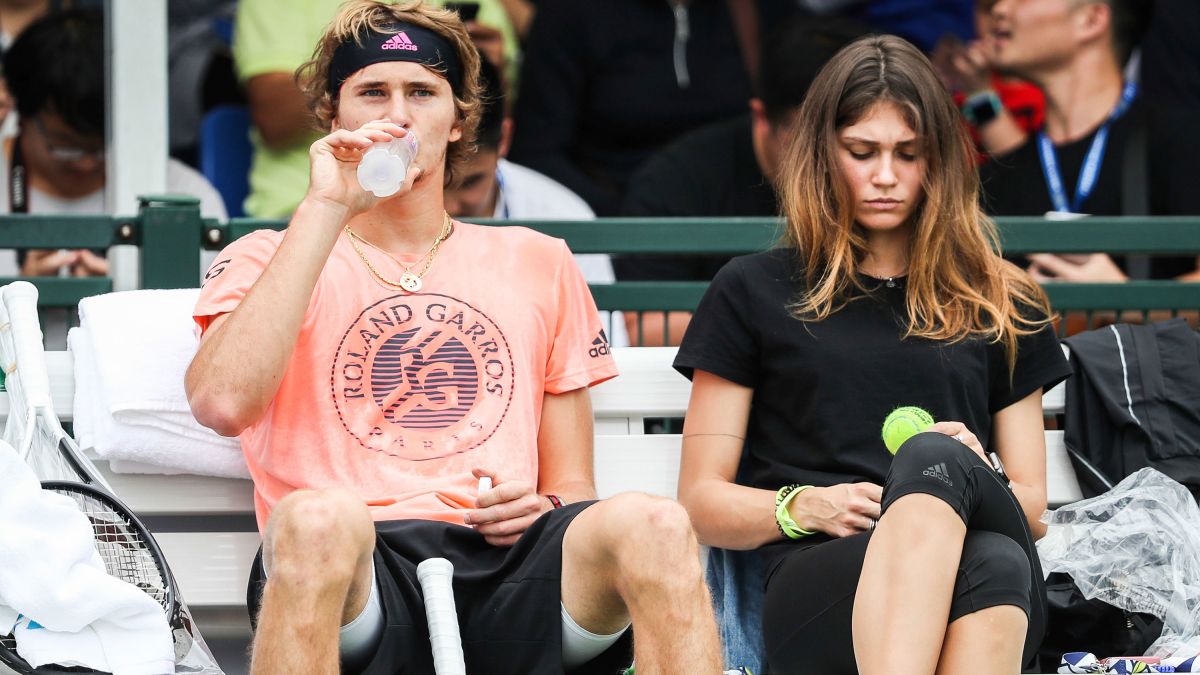 Zverev and Sharypova during their relationships

In a recent interview with Racquet Magazine she stated that there were several incidents when Zverev would abuse her mentally and physically throughout their troubled relationship.

“The first time was in Monaco in his apartment,” she said.

“I was going to leave because we had a really big fight. I was standing in the hallway, and he hit my head into the wall.

“He got scared, and then he started lying. He said I hit him first, he was saying he didn’t do it, he’d never done it. I was just, ‘What? I’m on the floor, what are you talking about?’ Am I out of my mind or what? This was the first situation.”

Aside from numerous other accounts, Sharypova claims that the 23-year-old would loathe the times she was with her friends in Moscow.

“I’d be in Moscow with my friends, doing nothing, just meeting each other to talk, and then Sascha would start calling me. I’d say ‘Sascha, I’m with my friends, can I spend time with them?’ He’d say, ‘No, you need to talk to me. I’m important. I’m not important to you?’

She says that the possessive nature of the courtship took its toll on her as much as the abuse, and would produce screenshots of her belongings dumped from the hotel room the pair were staying at during the 2019 US Open.

“All these different situations with emotional violence and physical violence, it was my fault always and I’m a bad person. He made me feel that I don’t want to live anymore. I woke up every morning always with the question why, and for what? To feel bad? To feel negativity around me all the time?”

It even resorted to a suicide attempt after the 2019 Laver Cup when the German allegedly punched her in the face for the first time.

“I take the insulin. I knew that if you’re a healthy person and you take insulin, you can die.

“I injected it, and I wasn’t scared; I just wanted to leave in some way, because I can’t stand it anymore. He came back in the room, I was in the bathroom with the closed door. I was just waiting for it to happen. He understood what I did and he started begging me to open the door.”

The startling allegations have put Zverev into damage control, with the former World No.3 releasing a statement on his social media platforms denying Sharypova’s claims.

“there are the unfounded accusations of my ex-girlfriend Olga Sharypova, which I read in the media today. They make me very sad.

“We have known each other since we were children and shared many experiences together. I very much regret that she makes such statements. Because the accusations are simply not true.

“We had a relationship, but it ended a long time ago. Why Olga is making these accusations now, I just don’t know.

“I really hope that the two of us will find a way to deal with each other again in a reasonable and respectful way.”

His runner up speech took further aim at the pundits attacking him on social media.

“I know that there's gonna be a lot of people that right now are trying to wipe a smile off my face but under this mask I'm smiling brightly. I feel incredible on court, everything is great in my life. The people who are trying can keep trying." 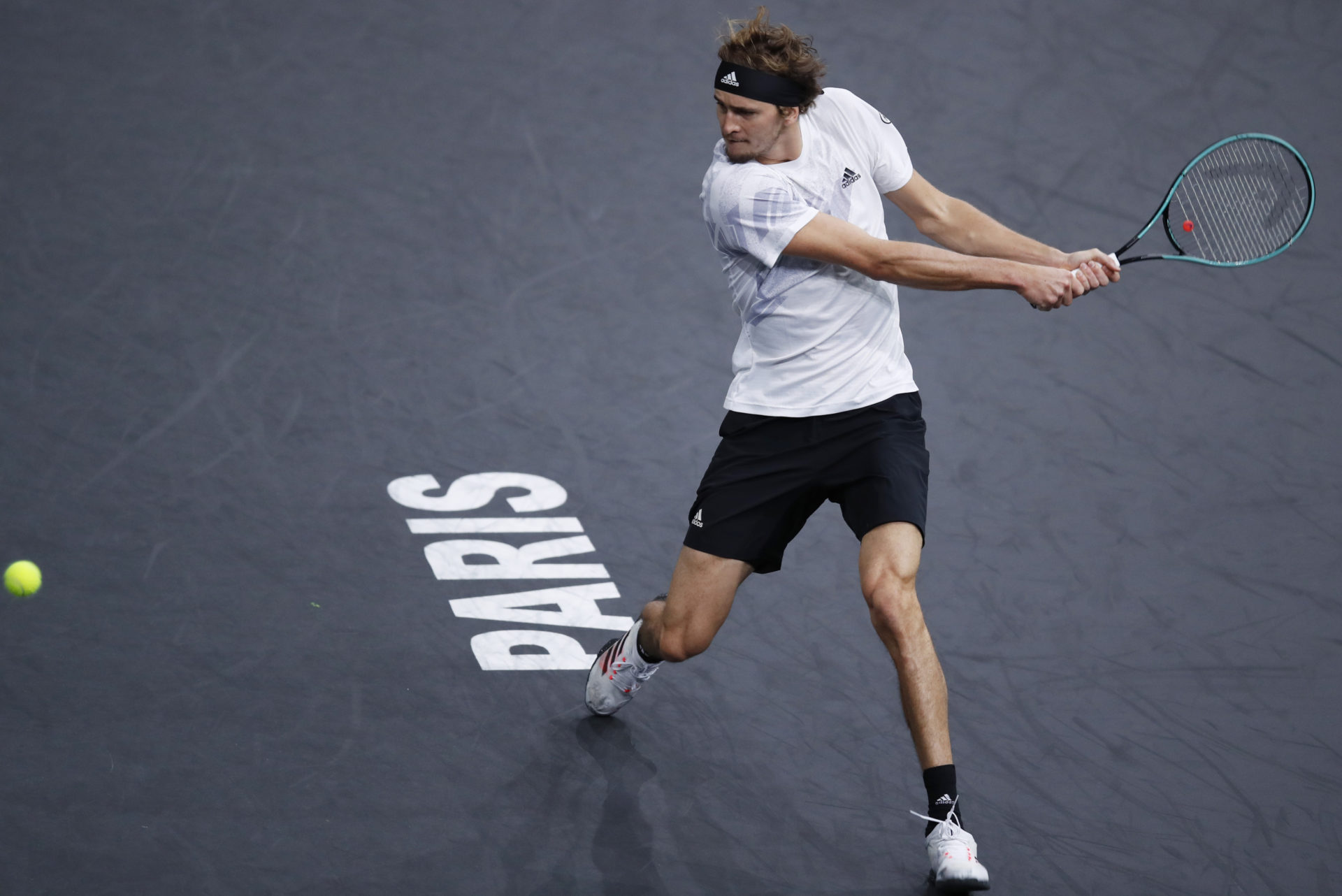 Zverev finished runner up in Paris

Whilst an investigation inevitable surely, Zverev’s attitude and the arrogance of this speech isn’t the correct response.

These are wretchedly severe actions, and to have such a dark cloud over his head should cause for Zverev avoid making brash statements such as this.

The only words that should emerge from Zverev over the course of the upcoming ATP Finals must be related to tennis, and tennis alone. These matters need to be handled privately and his social media blocking options should be set at the highest level.

Yes there is backlash, but Zverev so far has not handled himself gracefully, and he seems quite laissez-faire about the allegations despite the connotations that come with them.

Either way, this situation is far from over, and it must be resolved. Sharypova is obviously broken and the screenshots are there to prove it, we can only hope this ugly mess concludes quickly.