Underdogs that have taken men’s majors by storm 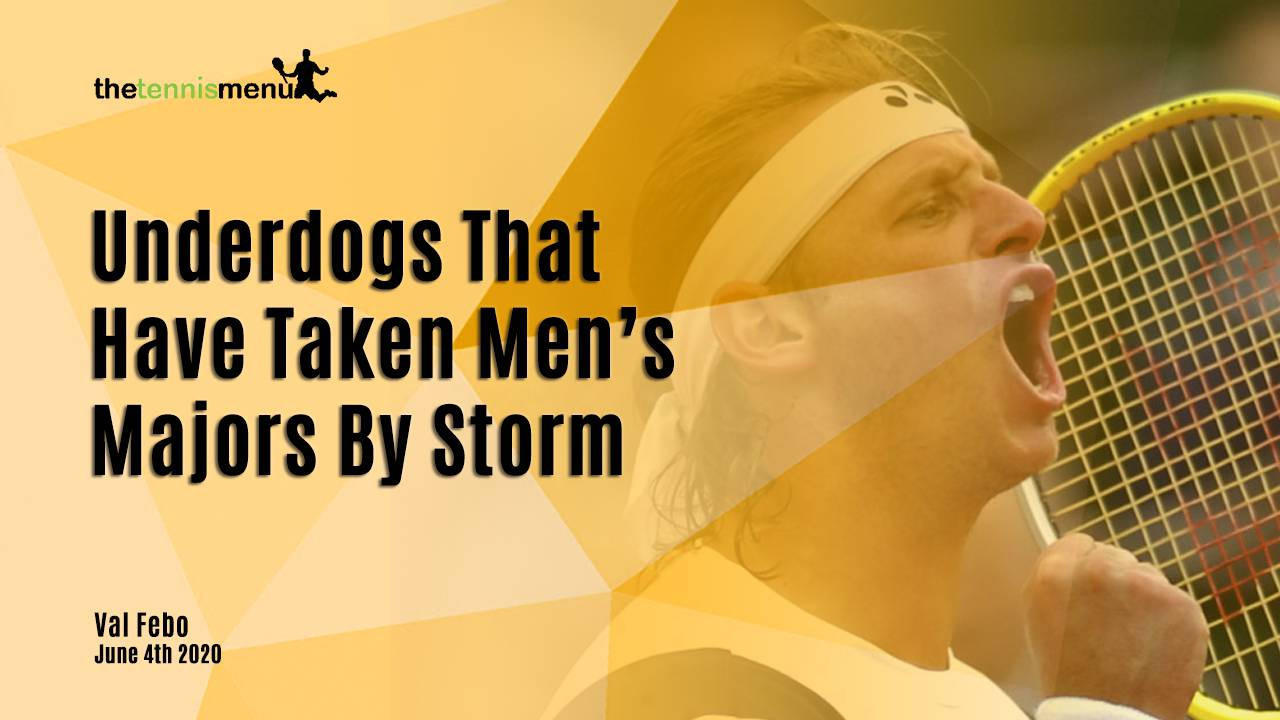 When thinking back on Grand Slam history, many remember the triumphant underdog stories more than that of the actual champions of specific years, whereas some have flown completely under the radar.

All four majors have had their stories, so here are five from the men’s draws since 2000.

Marcos Baghdatis - 2006 Australian Open Runner Up
Who could forget the smiling Cypriot’s golden run to the decider in 2006, it was filled with quality, passion and sheer classics, not to mention his boisterous fans willing him towards history.

The World No.54 was almost eliminated in a tough five set match against Radek Stepanek in the second round, so when he got to the fourth against second seed Andy Roddick many feared his tournament would be at an end. He breezed past the American in four and set up a quarterfinal showdown with Ivan Ljubicic.

Baghdatis would hold off a strong fightback from the Croatian to win in five and move through to a maiden Grand Slam semifinal against David Nalbandian. What eventuated in that encounter will go down in Australian Open folklore as an instant classic, back against the wall and two sets down the Limassol native would pull off a remarkable comeback to progress to his maiden major final.

The unthinkable was looking thinkable, as he took the opening set and was at 5-5 in the second with top seed Roger Federer, but the Swiss star prevailed 5-7 7-5 6-0 6-2. In spite of the result, Baghdatis’ run was nothing short of emotional and sensational.

He would go on to make the Wimbledon semifinal that same year before one last quarterfinal at SW19 in 2007.

Unseeded heading into the second major of the year, Gaudio had never reached the quarterfinals at a major. That was to change in drastic fashion.

The World No.44 was put through his paces in the opening two rounds with back-to-back five set wins against compatriot Guillermo Canas and Czech Jiri Novak. He would breeze past Thomas Enqvist and Igor Andreev to finally make the final eight at a Slam and install hope that he could go all the way in an open draw.

The Argentine dispatched Lleyton Hewitt and David Nalbandian in straight sets to set up a decider against clay court specialist and third seed Guillermo Coria. Gaudio would drop the opener without claiming a game before conceding the second and looking down the barrel of heartbreak.

The ensuing three sets would be brutal, with the 25-year-old finding a way to level proceedings to force a fifth. Coria would break in the ninth game to serve for the match and holding championship points before Gaudio again clawed back to claim a 0-6 3-6 6-4 6-1 8-6 victory and etch his name into French Open history.

It was only Gaudio’s third career title before he went on to win five more in 2005, however the 2004 edition of Roland Garros would be the only time he reached the quarterfinals and beyond at a Slam. It is also the most recent occurrence of an unseeded male winning a Grand Slam and for a player to come back from two sets down in a major final.

Having played just a solitary ITF Futures match on grass in his career expectations were not high for Nalbandian heading into his first Wimbledon campaign. He had not played since his third round loss to Marat Safin at Roland Garros the month before but coasted through his first three rounds against David Sanchez, Paul-Henri Mathieu and Pete Sampras’ conqueror George Bastl with relative ease.

The 28th seed started turning heads when he defeated Australian grass court specialist Wayne Arthurs in four extremely tight sets. He entered his maiden Grand Slam quarterfinal against Nicolas Lapentti and after gaining a two set lead, his Colombian counterpart rallied to force his fourth deciding set of the tournament. The Argentine was cool under pressure, prevailing to reach a maiden Grand Slam semifinal in his first tour level event on grass.

It was a similar story in the semifinals, the Cordoba native managing to reach a two set lead against Belgian Xavier Malisse before dropping the third and fourth in quick succession. Somehow he managed to shift the momentum and emerge victorious with a rampaging final stanza to prolong a remarkable narrative into his first Grand Slam final.

Unfortunately it was not to be, with Australian World No.1 Lleyton Hewitt dispatching the Argentine 6-1 6-3 6-2 in the second match of their storied rivalry. Despite the loss however, Nalbandian’s run remains as part of Wimbledon folklore.

That was the first of many deep Grand Slam runs for the former World No.3, who would make the semifinals at all four majors along with five more quarterfinals appearances. He would finish his career with 24 singles titles including six Masters 1000 wins and an ATP Finals victory in 2005 in a career that deserved a major.

If there were three moments to choose from men’s tennis that bring a tear to the eye, this was certainly one of them with the charismatic Croatian finally lifting that elusive Grand Slam title in the year nobody expected him to.

After three previous unsuccessful Wimbledon finals, two of which were five set defeats, many thought Ivanisevic’s major chances were done and dusted, especially when he entered the tournament as a wildcard ranked 125. 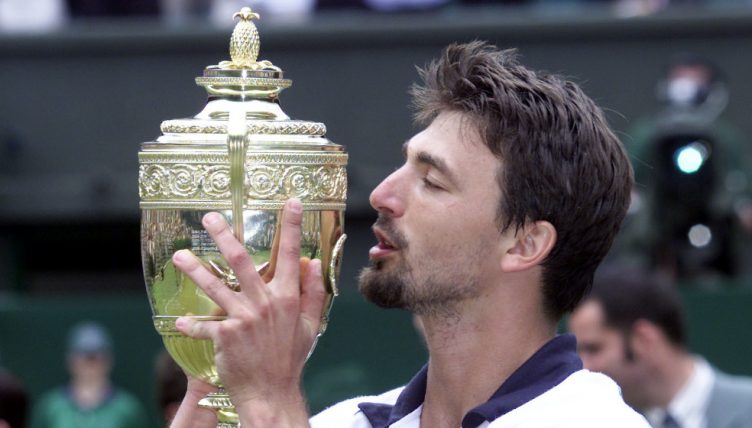 The draw didn’t make proceedings easier, having to face Carlos Moya, Andy Roddick and Greg Rusedski in the second, third and fourth rounds, all of which he prevailed in convincing fashion and began daring to dream.

His Wimbledon nemesis Pete Sampras had been eliminated by Roger Federer, opening up the draw for the Split born star after he dispatched World No.3 Marat Safin in four sets to set up a showdown with Federer’s conquistador and hometown hero Tim Henman.

In order to achieve his dream, Ivanisevic would have to crush the hearts of a country in epic fashion. Henman gained the upper hand after handing the Croatian a bagel in the third set, but the wildcard was not to be denied again winning the fourth in a tiebreak before taking the decider with relative ease breaking British hearts.

He would have to break hearts of a nation again in the final, with a battle of the good guys against Pat Rafter on the cards. The ensuing classic would enter a fifth set, but this time Ivanisevic led after the third set and it was Rafter who forced the decider. Ivanisevic would break at 7-7 before an extremely tense final game in which he doubled faulted on championship point on two occasions. However finally, on his fourth attempt Rafter hit the net and the tears flowed. Ivanisevic was a Wimbledon champion and the first wildcard to ever win a major.

It would be his 22nd and final career title, and he would only play two more Slams before retirement.

This tournament had it all, it was the first time since the 2008 Australian Open that both players were in their first major final and in the midst of the Big Four dominance it was even more impressive.

It was the day the tennis Earth shook, the semifinals when Nishikori would face Novak Djokovic and Cilic would face Roger Federer in matches that neither were expected to win. What happened next shocked the globe.

Japan’s shining light Nishikori would dispatch Novak Djokovic in four sets leaving Federer as the heavy favourite to rectify his Wimbledon final loss and finally claim an 18th major title. Cilic had other ideas, dismissing the Swiss maestro 6-3 6-4 6-4 to power through to a maiden Slam final.

The 14th seed would go on to claim a 6-3 6-3 6-3 victory in rampant fashion, becoming just the sixth man outside Federer, Nadal, Djokovic and Murray to win a Grand Slam since 2003 Wimbledon.

Cilic would go on to reach two more major finals at Wimbledon in 2017 and the Australian Open in 2018, both falling to Federer. Nishikori on the other hand has failed to progress.