The Cult Heroes of Tennis 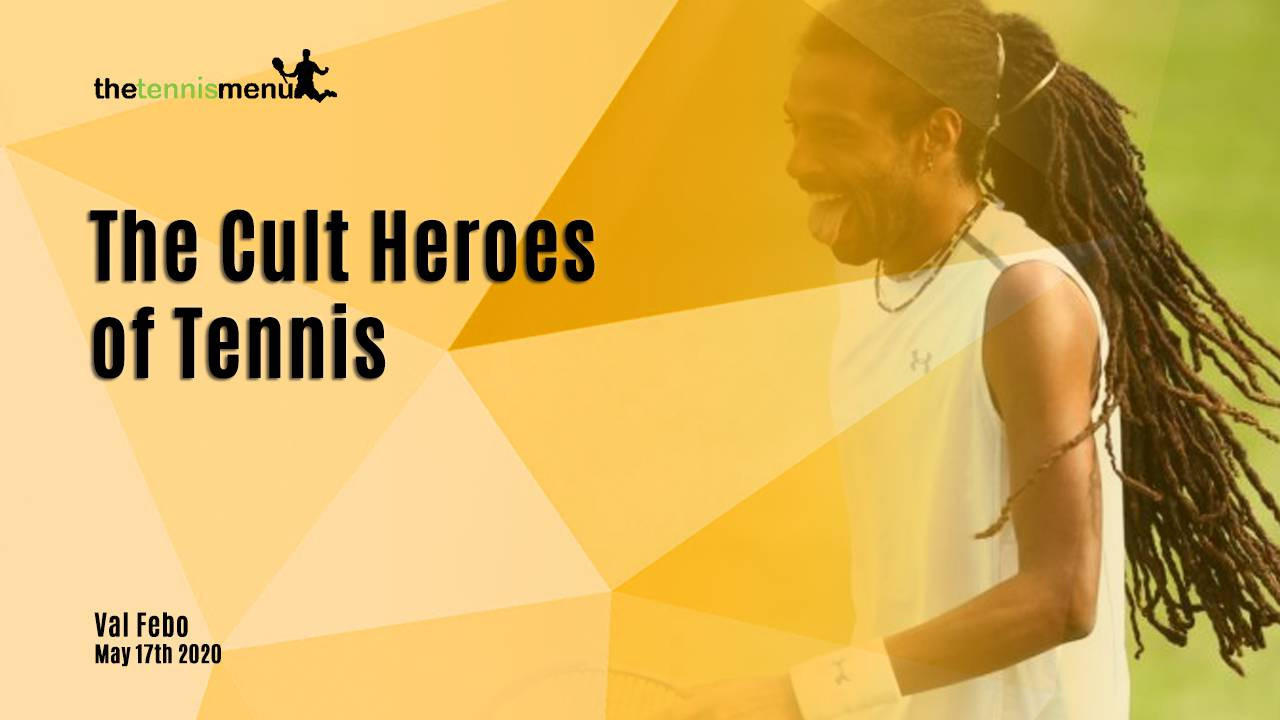 Tennis is a sport of international stardom with some of the most universally loved and adored athletes on the globe with names like Federer, Williams, Nadal and Barty, but there is another group who are loved just as much for their own specific reasons.

It may be for a specific hairstyle, aspect of their game or even their names, and those players are cult heroes. Here are some of the ATP and WTA’s finest.

DUSTIN BROWN
What more could be said about the man who gave himself the Twitter handle Dreddy Tennis, with his extremely long dreadlocks becoming an icon of the sport. Brown is no slouch in the talent department either, with wins over Rafael Nadal and Lleyton Hewitt among others throughout his career. His flare and unpredictability has made him a must watch player at any event he participates in. 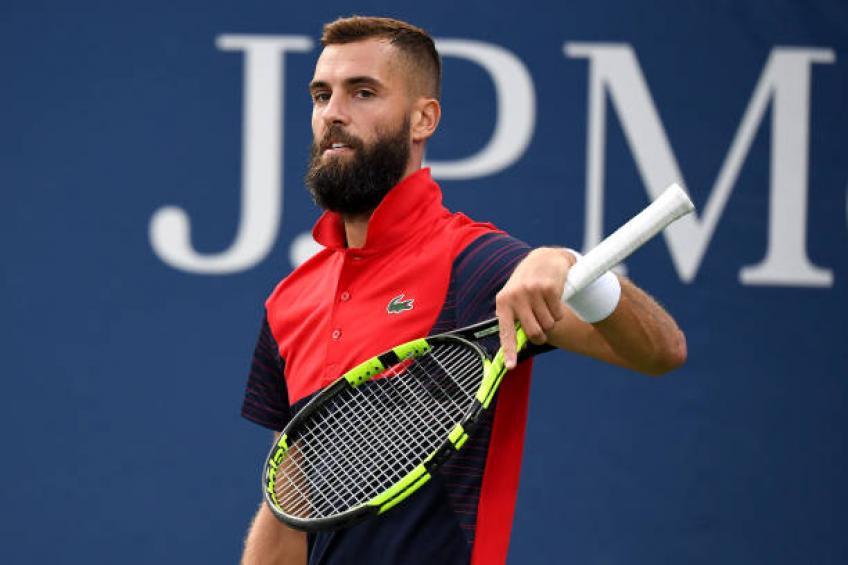 BENOIT PAIRE
The tall Frenchman has become known for his antics on a tennis court, whether it be sublime shot making or a general outburst that results in a code violation. Paire’s game is full of surprises with tweeners becoming regular in his repertoire, but unfortunately inconsistency and brain fades can ultimately be his undoing. But get one thing straight, you are never bored watching the 31-year-old on a tennis court.

IVO KARLOVIC
Doctor Ivo, the Croatian giant is 41 and still serving down ace after ace, and that one single element of his game has allowed him to maintain his place in the top 100 since he reached the milestone in 2003. The 211cm Goliath has reached the second round of a Grand Slam for each of the last 18 years including this year’s Australian Open, and does not seem to be slowing down that booming serve of his anytime soon. A cult hero in every sense of the word.

JERZY JANOWICZ
The big hitting Pole rose to prominence in 2012 when he ran through the field to reach the final of the Masters 1000 at Paris-Bercy where he would fall to David Ferrer. Janowicz’s fiery brand was made famous early after his “How many times!!” Outburst at the Australian Open. He would go on to reach the semifinals at Wimbledon in 2013 and had everyone riding the waves of his emotions, a true character that we hope to see back at the top soon. Finally wearing glasses on court almost instantly makes you a cult hero.

JOHN MILLMAN
How can you forget John Millman? Simple answer is that you can’t. One of the most universally loved tennis players by all who watch him play, and it is easy to see why. His grit and determination is unparalleled and he will fight for every point like his life depends on it. The most humble of athletes and a genuine ‘good guy’ of sport, deserves his cult hero status, its not every day you get a hashtag names after you #Millmania.

LUKSIKA KUMKHUM
Moving to the WTA and a Thai star who is known for some true quirks in her game. Kumkhum plays with a two-handed backhand and two-handed forehand. It is truly remarkable to watch but it seems to work because she has become an extremely popular athlete that provides significant flare. She is also a pioneer for many women as she is openly same-sex attracted, a true inspiration for many around the globe.

BETHANIE MATTEK-SANDS
If quirky is looked up in the dictionary Mattek-Sands will have her picture right next to it, with some of her fashion choices turning heads wherever she plays. However, nobody would change her because the 35-year-old is one of the most bubbly players one could watch on the tennis court. She relishes her role as an athlete and will often don black paint on her face and wear socks up past her knees. She has been a long time cult hero of the WTA.

POLONA HERCOG
The Slovenian has been on the tour for almost 14 years and has become known for wearing an arm sleeve in recent years. Below that sleeve is one of tattoos, which she has become famous for by those that watch her. Her consistency speaks for itself and her fighting spirit is something that many admire around the world. Big tick in the cult hero book. 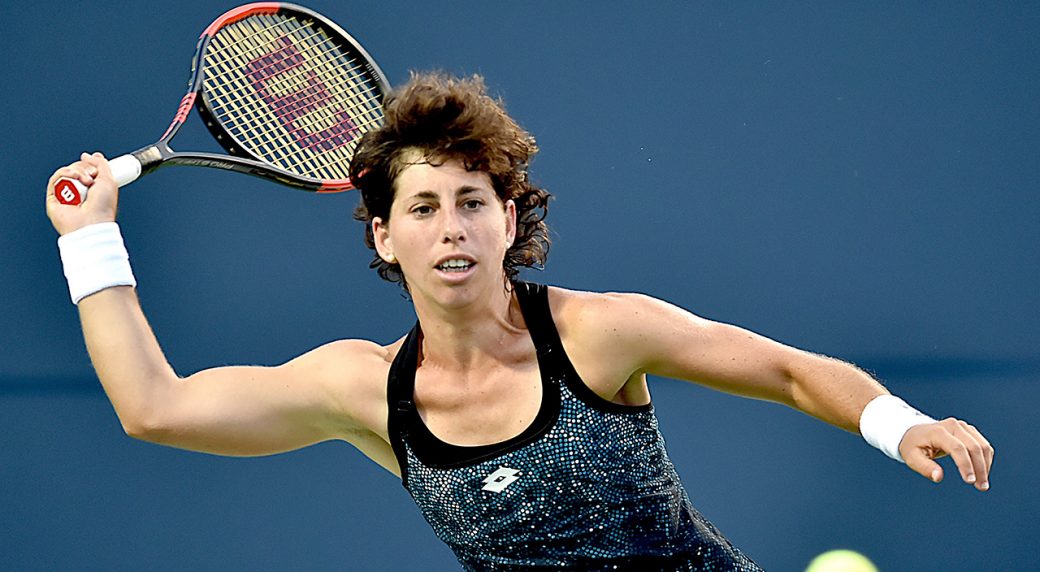 CARLA SUAREZ NAVARRO
A champion of the sport and many might think her game style is fairly common, but her one-handed backhand is glorious and by far the best to watch on the tour. It is something very rarely seen on the WTA and Suarez Navarro has been a stalwart of the top 10 for many years, reaching a career high ranking of six in 2016. She has made seven Grand Slam quarterfinals and claimed a massive Premier 5 Event title in Doha also in 2016. A pleasure to watch and massive cult hero status.

MONICA PUIG
The Puerto Rican does not hail from a tennis following nation, but she has become a national hero and international for that matter. Things all changed in 2016 when she claimed gold in the women’s singles at the Rio Olympics. She became the first person ever representing her country to claim an Olympic gold, cementing her place as a legend of her homeland. Since then her form has dropped but she will forever be known as a star of the sport with fans wherever she heads.