Tennis is a sport that has produced some of the greatest athletes the world has ever seen, and it is often noted about the famous kits and outfits that have been worn in epic moments. Some players will even have a hand in designing their own apparel.

Additionally, many of the sport’s stars have actually gone on to found their own fashion labels or iconic styles that are still prevalent today. 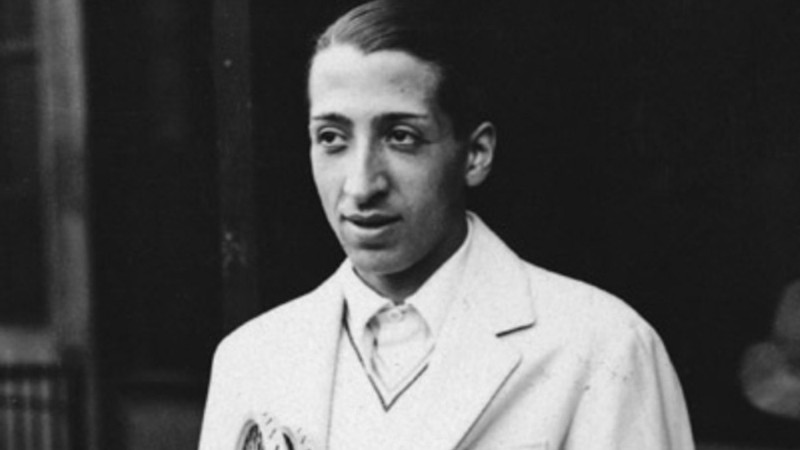 René Lacoste is still a legend in French tennis

A seven time Grand Slam champion and legend of French Tennis, and since his final major triumph at Roland Garros in 1929, he remains the most winningest male at Slams from his country only trailing female compatriot Suzanne Lenglen who sits on eight.

Four years later, his name would become synonymous with fashion as he founded his famous company with the green crocodile logo, which was his nickname on court due to his ferocity. It’s clothing seeks to provide relaxed elegance for its wearers.

Since his passing in 1996, the dual Davis Cup champion and Olympic bronze medallist has continued to entrench himself in the tennis landscape with Lacoste sponsoring superstars such as Andy Roddick, Novak Djokovic, Daniil Medvedev and Dominika Cibulkova. 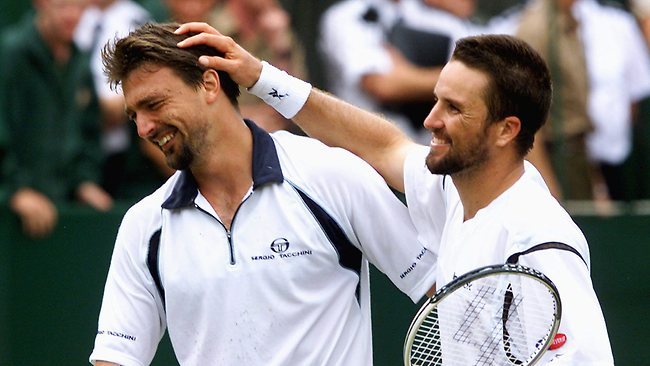 Goran Ivanisevic (left) is congratulated by Pat Rafter after his Wimbledon triumph in 2001, wearing the famous Tacchini label

The Italian’s best result at a Grand Slam was the third round at the US Open in 1966 but he was part of Italy’s run to the Davis Cup final in 1960.

Many would be forgiven if they did not realise that Tacchini was a tennis player because in the same year as his third round run in America he founded Sandys S.p.A. which later changed its moniker to his family name.

Over the years he has sponsored some icons of the sport, including Goran Ivanisevic, Gabriela Sabatini, Mats Wilander, Jimmy Connors and Martina Navratilova, whilst more recently his brand was seen on Novak Djokovic in his early Grand Slam triumphs back in 2011-12 as well as Tommy Robredo. 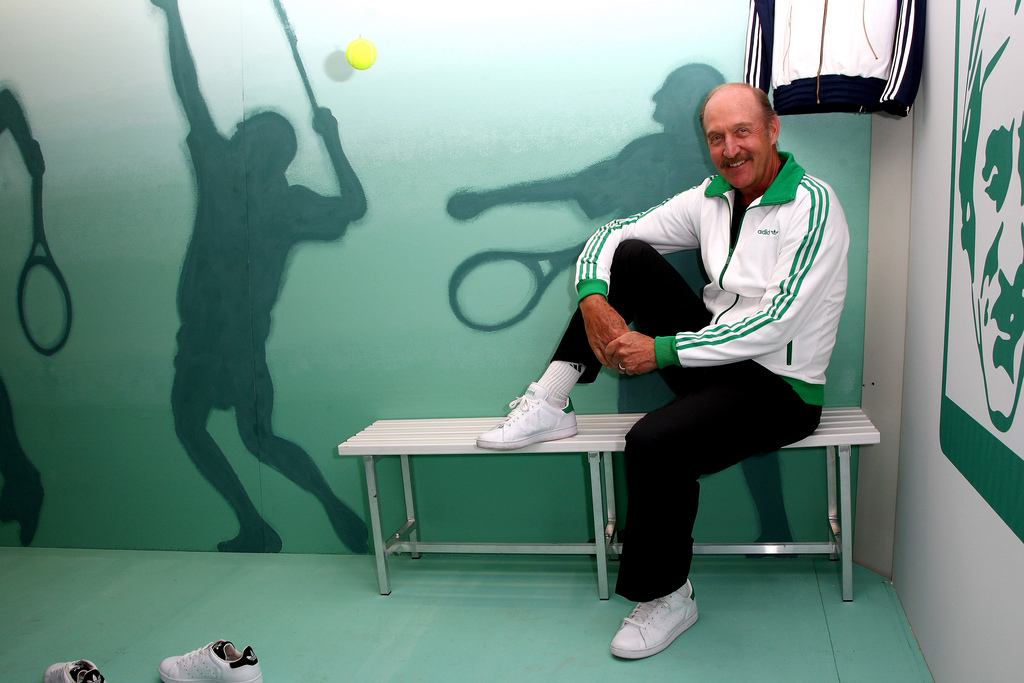 These shoes are still as iconic today as they were when they were endorsed by French star Robert Haillet in the 1960’s. They originally took the Frenchman’s name but were later rebranded for American legend Stan Smith.

The two time singles Grand Slam winner and five time doubles major champion had an illustrious career and was one of the players that transitioned into the Open Era. Smith signed on with Adidas in 1973 in what is considered one of the most influential sneaker sponsorships in sporting history, and from 1978 the shoe was renamed from Haillet to Smith.

It has widely been regarded as one of the best sneakers ever produced, and still flies off the shelf today. All of it stemming from tennis. 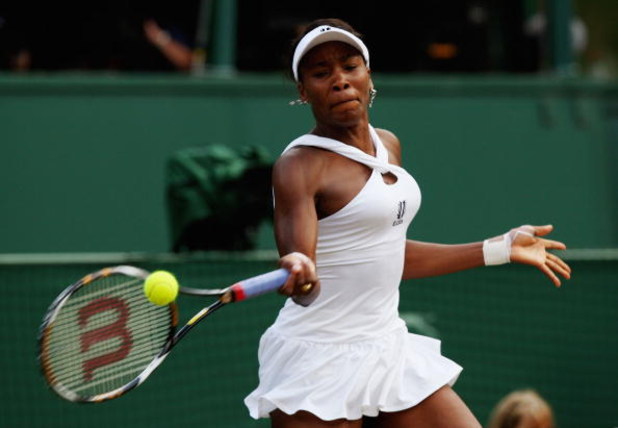 Venus Williams claimed her final major title at Wimbledon in 2007, wearing her own label

By the start of 2007 Venus Williams was already a four time major champion and about to claim a fifth at Wimbledon, but this event was different. She was no longer sponsored by Reebok, but sporting an outfit made by her own new brand EleVen.

She says that the aim is to provide women with quality activewear that looks good and allows peak performance, whilst boasting its own unique look. Williams has always wanted people to feel confident on and off the court in her apparel.

She has only won the one major in it, but has pioneered the brand into an online store that continues to develop new materials and styles, as well as being represented by Venus when she plays. 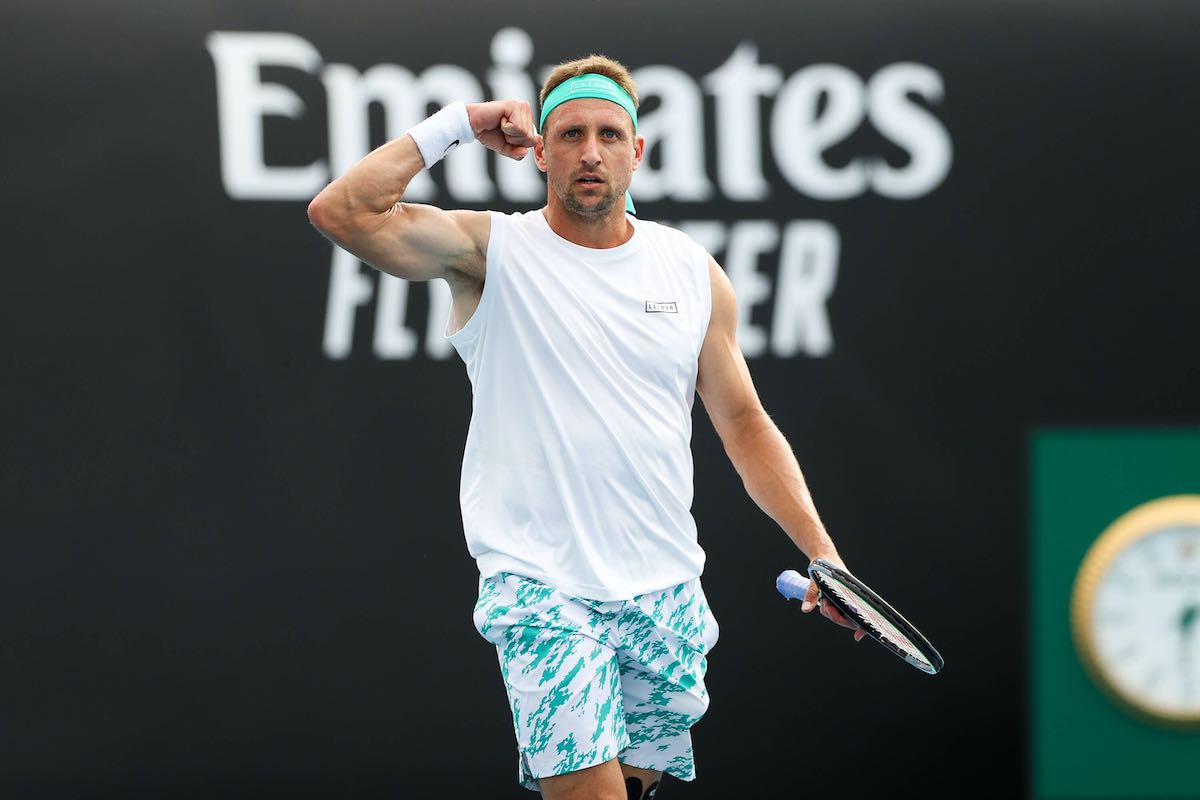 Former Australian player Jake Eames has co-founded this brand in 2017 in order to help support the battling stars of tennis, whether that be on the Futures, Challengers or on the ATP itself. Eames reached a career high ranking of 695 in singles and 477 in doubles.

The journeyman lifestyle has inspired the look as Letour aims to create an authentic label that embodies the alternative movement within tennis culture. The company’s mission is, “To introduce a flamboyant tennis label and provide unique tennis events to support touring professionals and the wider tennis community.”