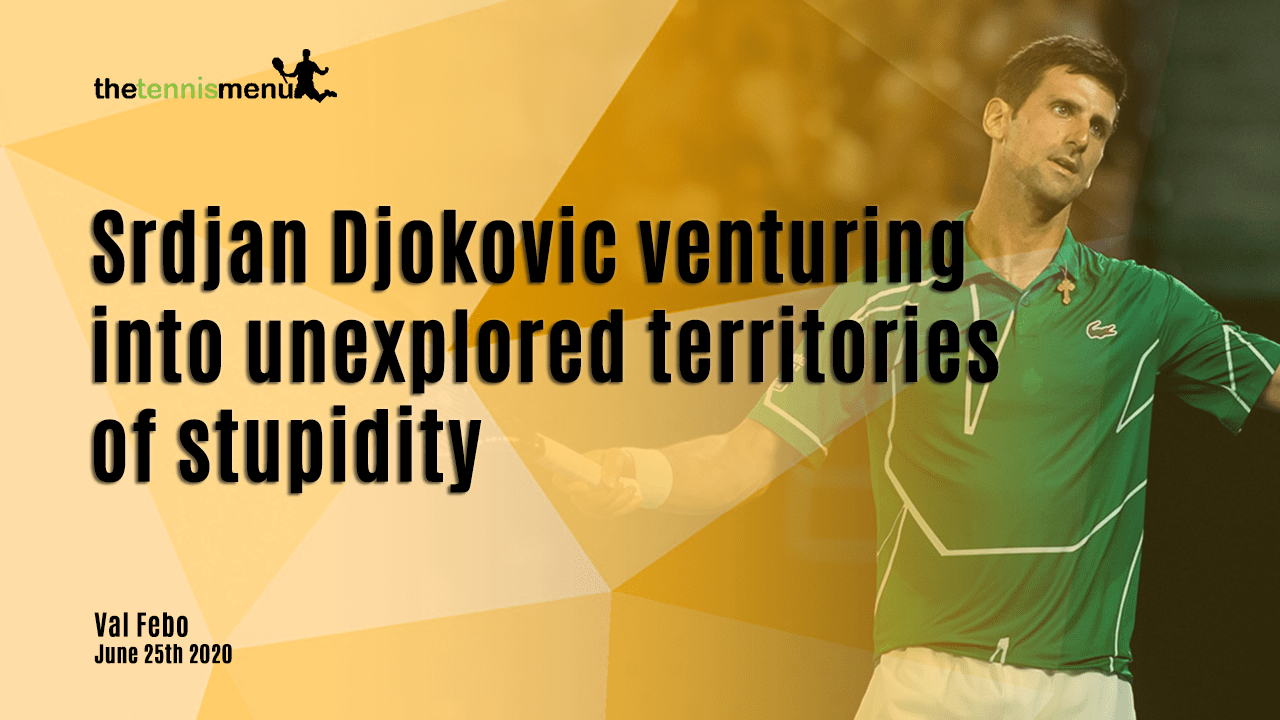 After Edmund Hillary became the first human to reach the summit of Mount Everest in 1953 man has been trying to climb different heights to cement their place in history. For Srdjan Djokovic, the father of World No.1 Novak Djokovic, that height is of stupidity.

After his son’s now infamous Adria Tour Covid-19 outbreak, which began with Grigor Dimitrov announcing his positive test at the start of the week, the outspoken Djokovic Senior has blamed the Bulgarian for ruining the exhibition event and causing the spike in cases across Croatia and Serbia. Those cases include Novak, his wife Jelena, Borna Coric, Viktor Troicki and many more.

He has become famous for unsportsmanlike comments over the years, with he and his wife recently directing ‘pot shots’ at Roger Federer, calling the 20-time Grand Slam champion ‘jealous’ of their son and that he is ‘arrogant’. 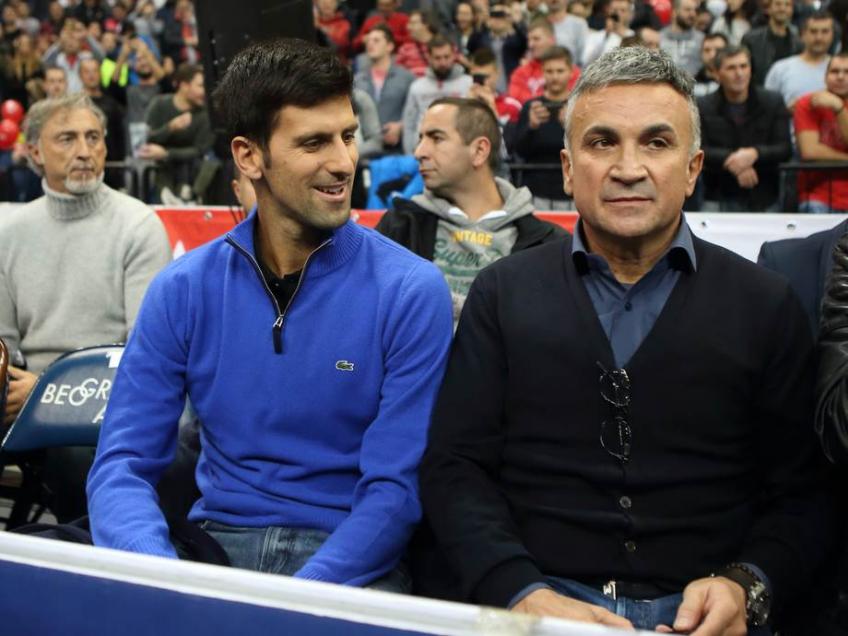 His most recent comments come after an interview with Croatian broadcaster RTL, where he placed on Dimitrov.

“How did the infection come about? Probably because Dimitrov came sick, from who knows where,” he said.

“He was not tested in Zadar, but somewhere else. I don’t think that’s right,

“[Dimitrov] brought great harm to you in Croatia and to us as a family, and to Serbia. Nobody is well, not even my son.”

These comments have circulated world wide and have dropped the jaws of tennis fans collectively, that he would have the audacity to blame anyone else for something that his son caused.

It is understandable that seeing your child go through such scrutiny would be devastating to any parent, but to pour gas onto a bonfire like this beggars belief.

It was Djokovic who was the key pillar in organising the Adria Tour, he was the one who was dancing with the other players with his shirt off in a night club, hugging players, ignoring social distancing parameters, disregarding Serbia’s restrictions and crossing over the Croatian/Serbian border after Dimitrov’s positive test became public knowledge. Not to mention earlier in the isolation period the 33-year-old preached anti-vaccination and drinking polluted water.

It is that clear cut, there is nobody else to blame but Djokovic, the mastermind behind the event. 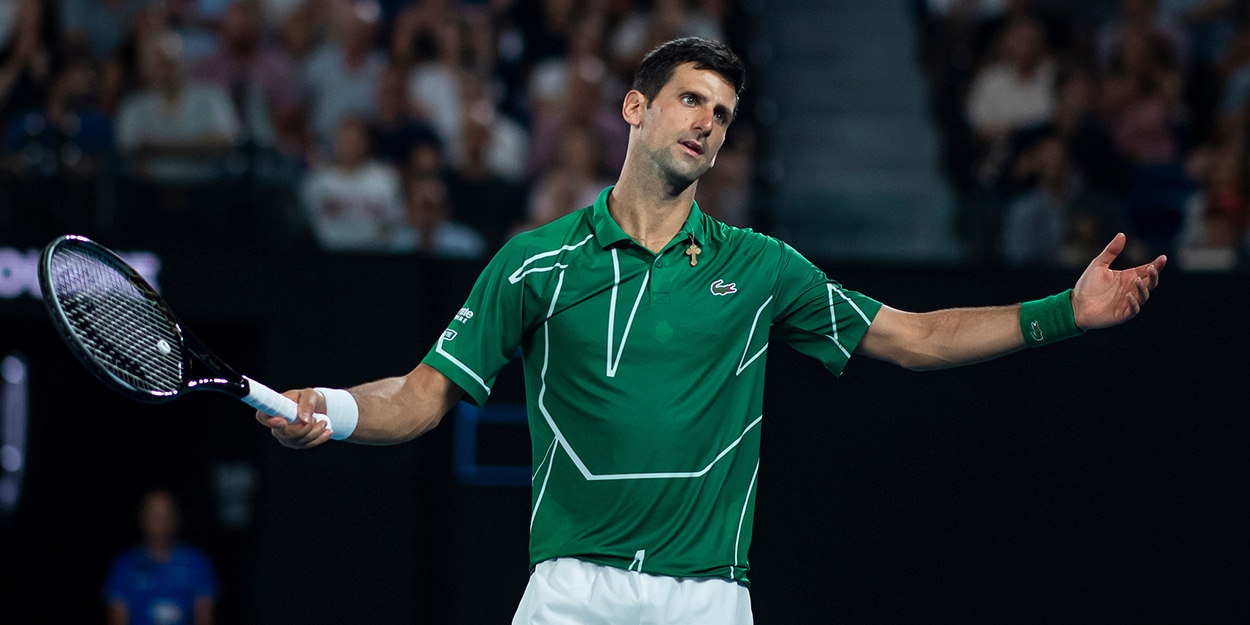 Dimitrov’s agent Georgi Stoinemov reacted to the comments overnight, “Regarding what Srdjan Djokovic said to Croatian television, I want to inform you about the following. Grigor landed in Belgrade after three months of complete isolation,

“Neither in Belgrade nor later in Zadar was he offered or required to test for Coronavirus,

“The event organisers are the ones responsible for the safe running of the event and creating rules to follow,

“Grigor strictly respected all the rules imposed by organisers of the tournament and existing laws and regulations in crossing the borders between Bulgaria, Serbia and Croatia.

The fact that Srdjan Djokovic has the audacity to call out Dimitrov, who played the event in good spirit, and seemingly has followed the rules, takes the cake for the most idiotic thing he has said or done.

It dates all the way back to the 2008 Australian Open final when he griped with joyous French fans cheering for Jo-Wilfried Tsonga, something well within their right to do.

Fast forward to his comments earlier this year about Federer lacking humanity and having jealousy, blasting the Australian crowd for not supporting his son after Djokovic acted poorly during the 2020 Australian Open final against Domenic Thiem and finally telling Federer to retire and raise his kids at 40.

His comments seem a desperate cry for someone that craves the attention, as are that of his wife Dijana. This situation has established that the lack of thought by the Djokovic family is at a highly dumbfounding level.

It is high time that Novak himself puts a ban on his parents, especially his father, from speaking to the media. Srdjan’s reputation is already on a low ebb, and this cockamamie statement against Grigor Dimitrov takes the cake for the stupidest in the Srdjan hall of fame, and there are a lot in there.

The outbreak from the Adria Tour is not Dimitrov’s fault, it is the blasé attitude of the World No.1 and his fellow organisers. To blame the Bulgarian is an abhorrent take on the truth in an already ugly situation.

A piece of advice to Djokovic Senior, pull your head in.