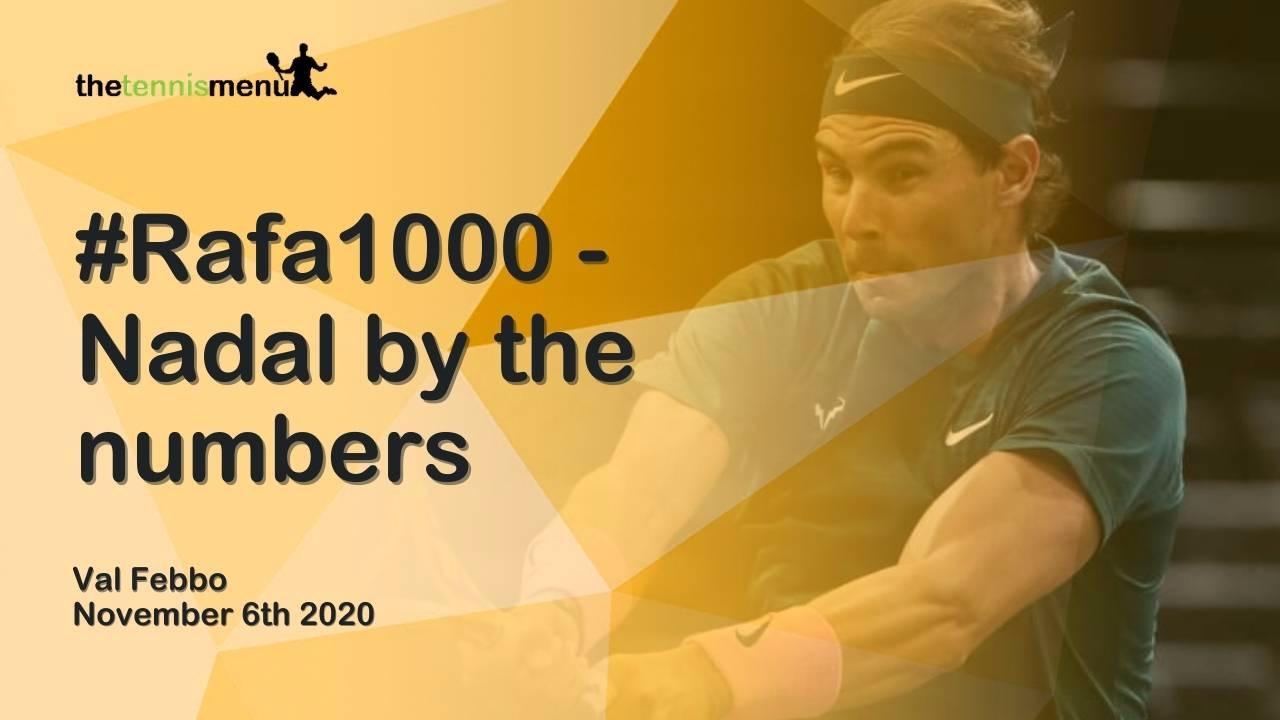 The thousand win club now has a fourth member, Rafael Nadal, who’s 4-6 7-6 6-4 win over compatriot Feliciano Lopez at the Paris Masters earned his reputation further plaudits to the monumental records he holds.

Here are some of the key facts and figures behind his victories:

2002 Mallorca - First of many
In his home town on a surface that he would soon dominate, a then 15-year-old Nadal would defeat Paraguayan World No.81 Ramon Delgado 6-4 6-4. Nearly 700 places separated the pair in the rankings but that was not to deter the young Spaniard in what was to begin a stunning career.

Dominance of Roland Garros
A whopping 10% of Nadal’s wins have come at the French Open, a tournament that he has triumphed at 13 times. Those 100 wins have come for just two losses since 2005, with Novak Djokovic and Robin Soderling the only ones to defeat the 34-year-old at the clay court major.

By surface
Surprisingly, Nadal has more wins on hard courts than clay, although he has played a significantly larger amount of matches on the surface. He has claimed 481 wins on hard, 445 on clay, 71 on grass and a measly two on carpet before the surface was discontinued.

Staggering top 10 numbers
Nadal has racked up 172 top 10 wins in his career, a staggering number that establishes how dominant he has been for such an extended period of time. 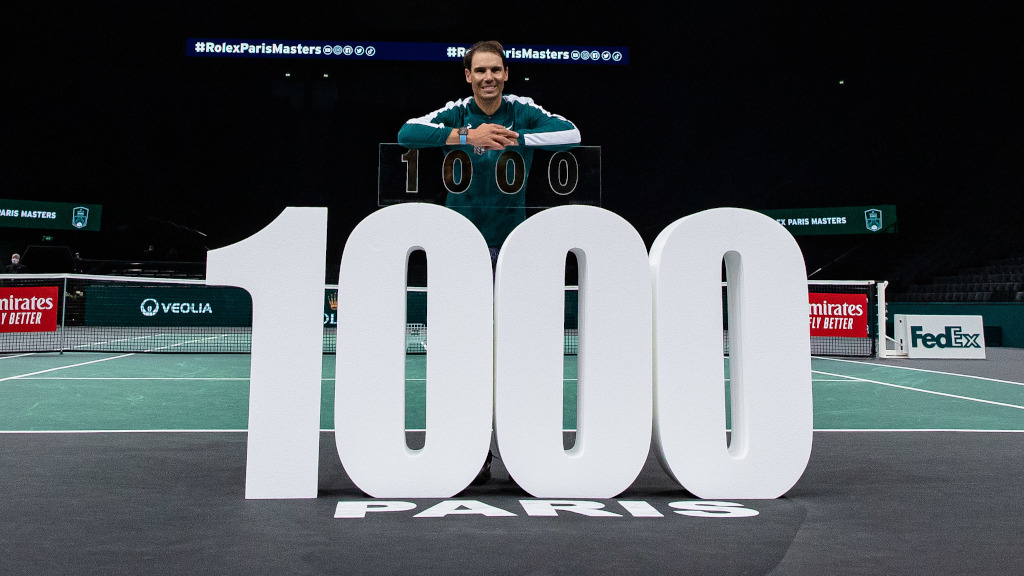 Nadal has become the fourth man to reach 1,000 wins

Versus right and left handers
The Spaniard has troubled copious champions with his dominant left hand, and it shows. He boasts a 105-15 record against lefties at 87.5%. His record against right handers is equally as impressive boasting 895 triumphs and just a measly 186 failures.

In finals
The Spaniard has participated in 123 tournament deciders on tour, and has won 86 of them, only failing to lift the trophy on 37 occasions.

Titles
Since his first in Sopot 16 years ago, Nadal has won an event in every season since, spanning now into three different decades, along with the aforementioned 86 trophies he holds to his name. Those championships coming in 17 different nations. In addition, he holds five Davis Cup titles for Spain.

The Big 3
His early dominance over Roger Federer and Novak Djokovic has waned since the beginning, with both figuring out ways to topple Nadal in recent years. However as a cumulative total the 20-time Grand Slam champion holds an impressive 51-45 record when facing his two great rivals.

Set up against set down
The Spaniard has always been a magnificent front runner, with a staggering 95.2% winning record when claiming the opening set of a clash, sitting at 884-45. It is fitting that he clawed his way from a set down in his 1000th win, as he only shows a 42.6% ratio at 116-156.

Grand Slams
The equal record holder of Grand Slam titles has amassed an envious tally of 20 titles, not to mention a whopping 282 victories at the four diamond events of tennis.

This truly Herculean career still looks as strong as ever, the question now is, how many more wins will we see?