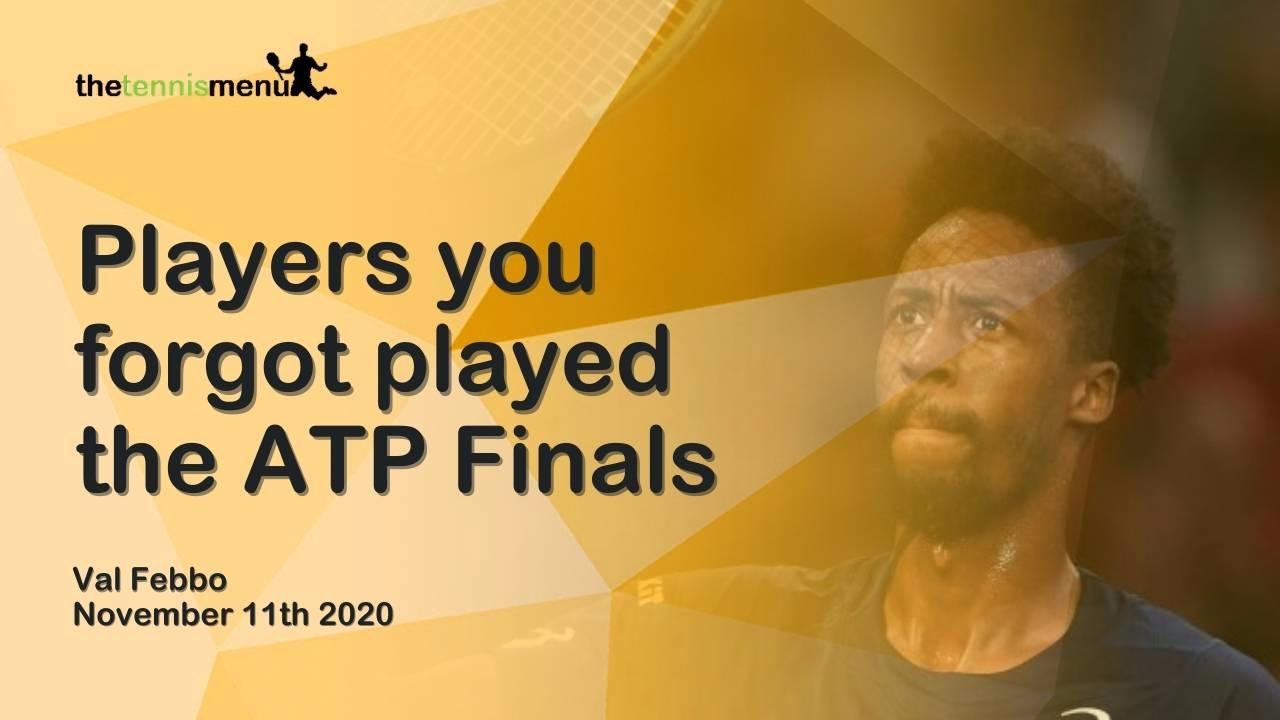 Whilst we all recollect the greats that have won this event, like Federer, Djokovic, Murray, Sampras, Agassi, Borg, Lendl, Hewitt, Connors, Nastase and copious more, there is a plethora of participants of this elite eight event that have been forgotten over the years.

Here are the ones you might have forgotten over the past 15 years.

It is well documented what Puerta achieved at the 2005 French Open where he reached the final and was the first to fall victim to Rafael Nadal in a major decider, but many fail to remember that he played the year end finals.

He would finish the race in 12th position, but the likes of Nadal, Hewitt, Roddick and Safin all withdrew putting him straight in. He would finish in fourth place in his group, winning just a solitary set from three matches.

Gaudio on the other hand was a major champion at the 2004 French, but failed to make it the year prior. In 2005 he would defeat the likes Puerta and Fernando Gonzelez before reaching the semis.

He would be belted 6-0 6-0 by Roger Federer in a purely magical outing from the Swiss champion.

Both Robredo and Blake enjoyed career best seasons in 2006, with both breaking into the top five in the ATP rankings.

The Spaniard and the American were both drawn in the same group, with Nadal and Nikolay Davydenko for company. Robredo would defeat Blake but he was unable to force his way through to the semifinals, finishing in fourth place. 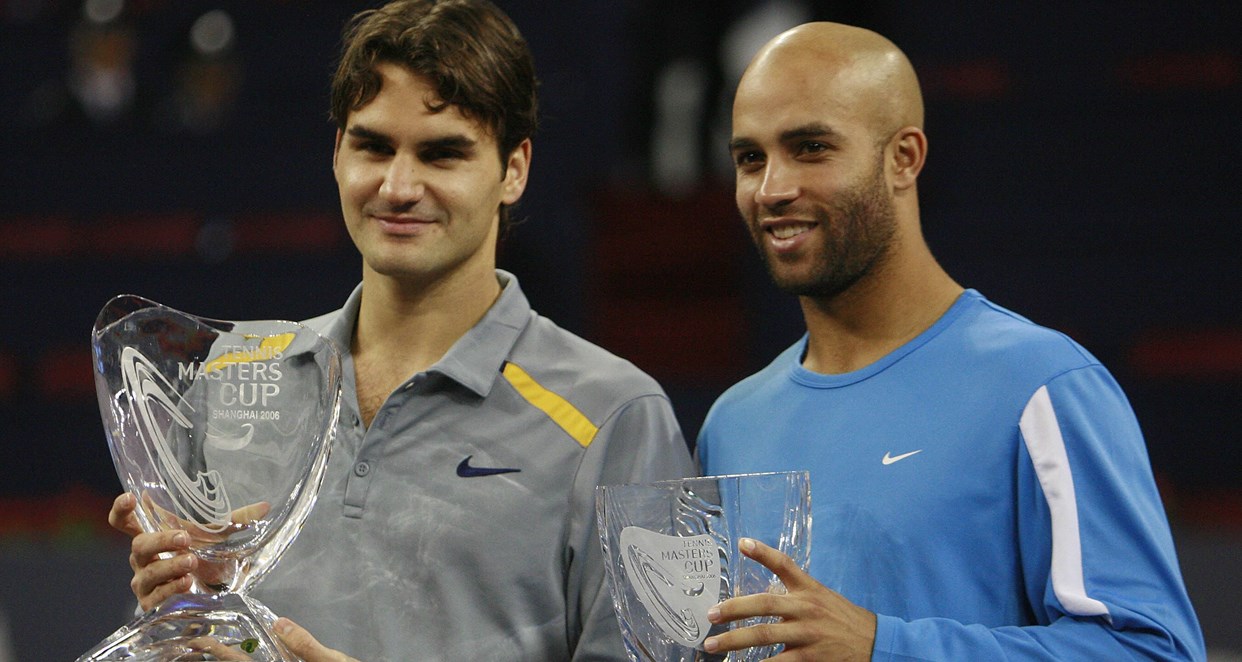 James Blake would finish runner up at the 2006 ATP Finals, or Tennis Masters Cup as it was known

The Yonkers born star however topped the group with wins over Nadal and Davydenko before upsetting defending champion David Nalbandian to reach the final, where he was absolutely obliterated 6-0 6-3 6-4 by Roger Federer in one of the Swiss Maestro’s most perfect displays.

In the only year when Roger Federer missed the semifinals playing this event, Frenchman Gilles Simon and Czech Radek Stepanek made their sole appearances at the tournament.

Simon would finish second in the group, victorious in encounters against Stepanek and Federer. Andy Roddick withdrew from the event after a match leaving the flamboyant Czech two clashes to ply his trade.

He would suffer defeat in both to Federer and Simon, with Andy Murray and the Frenchman progressing the the semifinals where he would fall in an epic to Novak Djokovic 4-6 6-3 7-5. 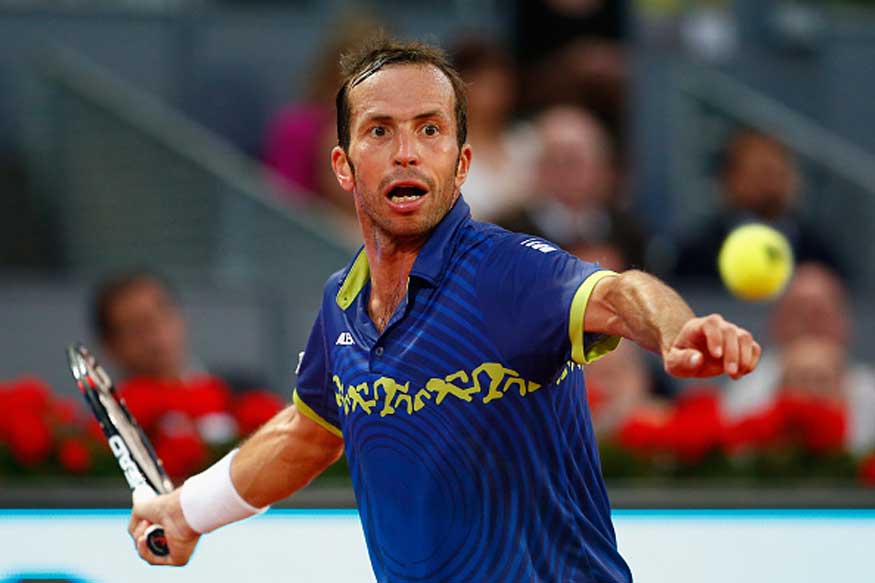 The first edition of the event in London saw Spanish lefty Fernando Verdasco make his sole appearance at the year end finals.

Verdasco would ultimately succumb in all three encounters of the round robin to Federer, Murray and Juan Martin del Potro, but each of the matches went to a deciding set, making it difficult for his opponents to conquer him.

American Mary Fish had a season to remember in 2011, qualifying eighth outright for the ATP Finals in London after supreme consistency throughout the year.

Fish would push both Roger Federer and Rafael Nadal to deciding sets before eventually faltering, and would go down to Jo-Wilfried Tsonga in straight sets, finishing the group in fourth place.

The Serbian star played two matches in 2011 after Andy Murray’s withdrawal and would fail to progress for obvious reasons after being disadvantaged with one less match. He would qualify outright in 2012 for this coveted event.

Unfortunately he would fail to claim a victory in the round robin, falling to Federer, del Potro and David Ferrer finishing fourth in the group. 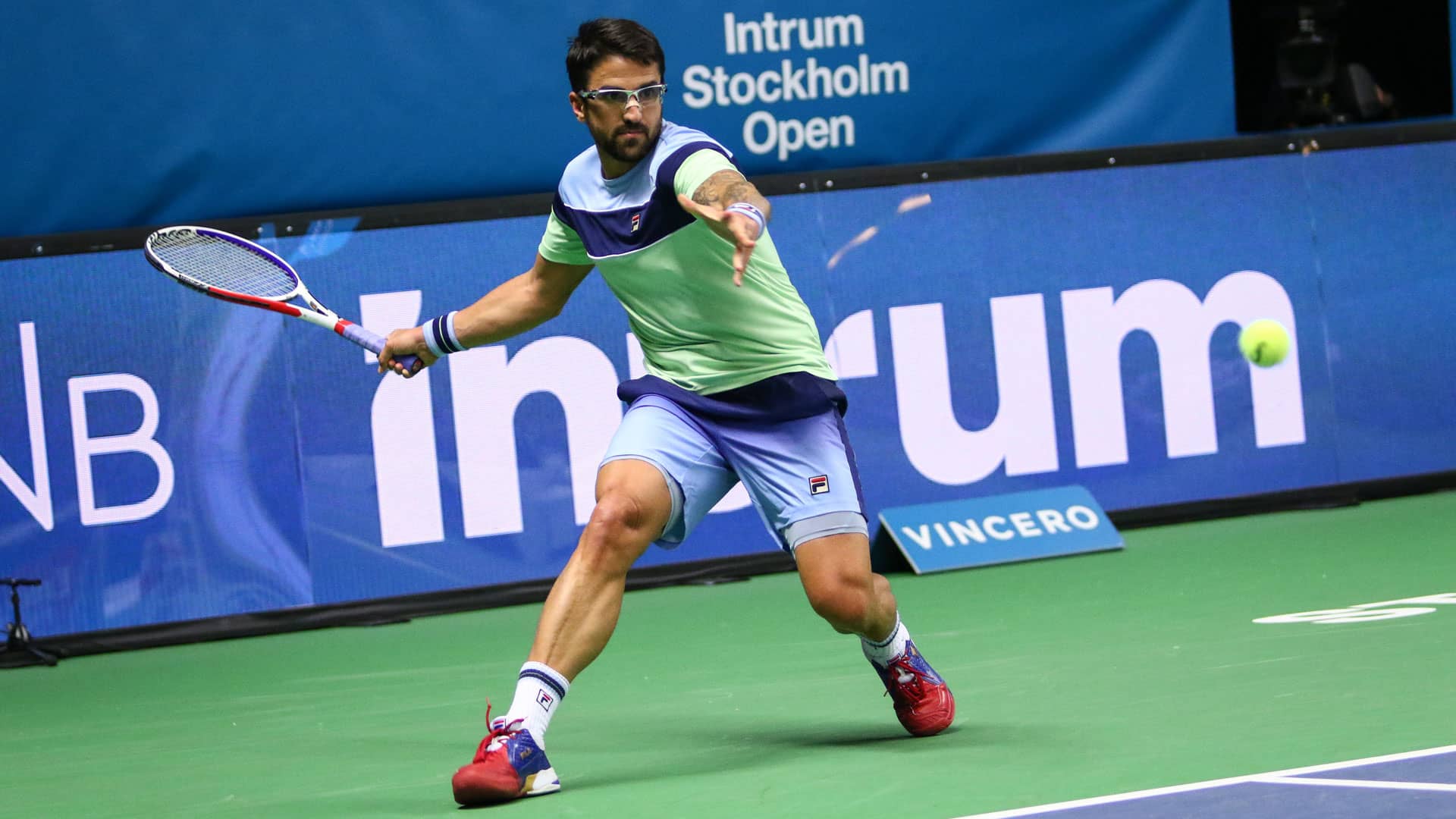 Janko Tipsarevic was an extremely consistent player in 2011 and 2012

For the prodigious of Gael Monfils he was only able to qualify for the event once, and even that appearance was brief.

The Frenchman would only play two matches before withdrawing and David Goffin taking his place. He would fall to both Milos Raonic and Dominic Thiem.

Dimitrov, Goffin and Sock were playing their first full event at the ATP Finals, with Goffin playing one match in 2016, whilst Carreno Busta made it through after the withdrawal of Rafael Nadal.

Dimitrov topped his group, defeating the Belgian, Spaniard and Dominic Thiem. Goffin finished second with his only blemish coming to the Bulgarian, including a win over Nadal. With his disadvantage of missing the opening match, Carreno Busta failed to progress. 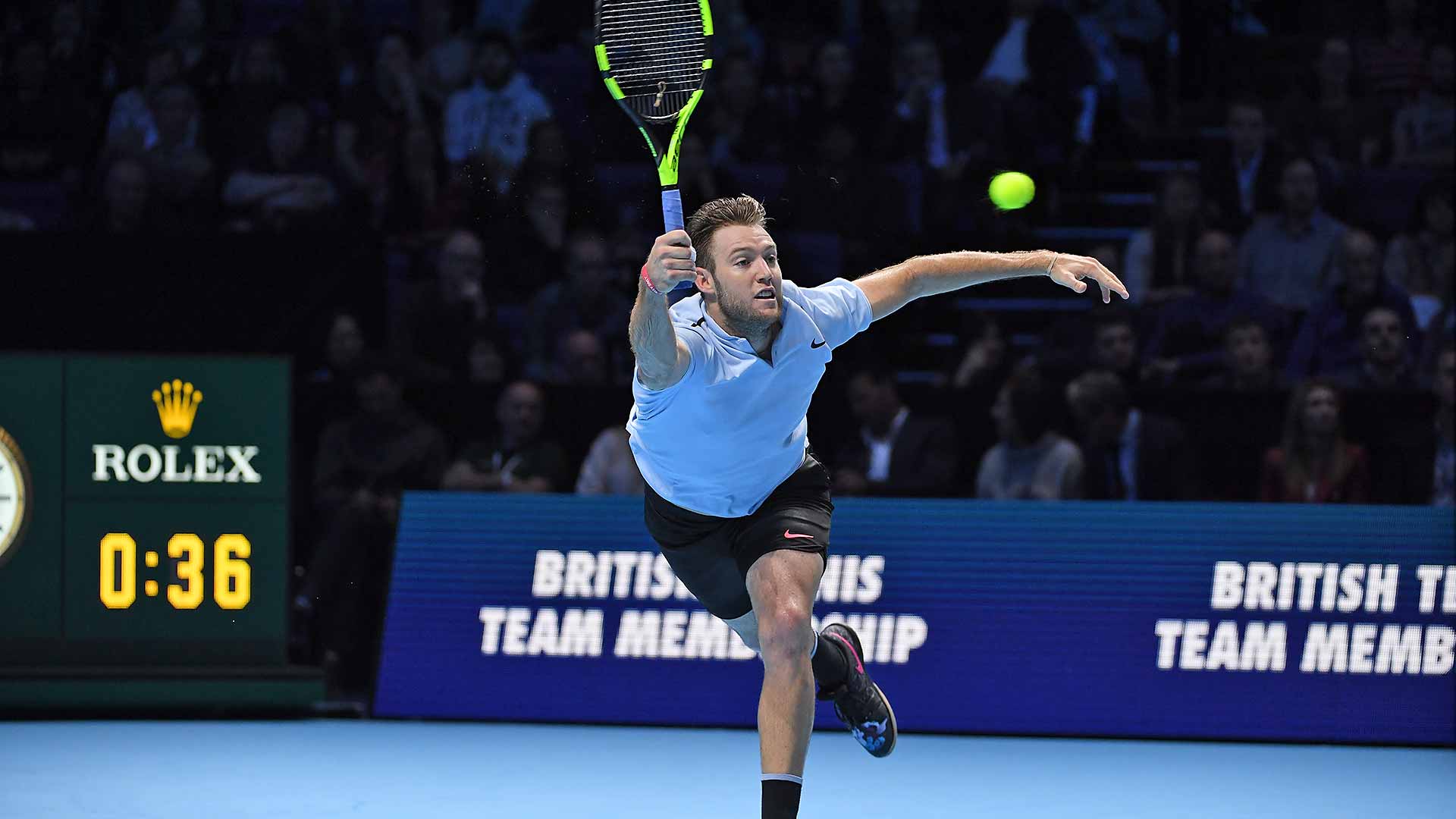 Jack Sock reached an unlikely semifinal at the 2017 ATP Finals

In the second group Sock’s only blemish came at the hands of Federer, with victories over Alexander Zverev and Marin Cilic. He would reach the semifinals where he would succumb to Dimitrov in three.

In the other semi, Goffin emerged from a set down to defeat Federer in a superb display. Dimitrov would win the title with a 7-5 4-6 6-3 win over the Belgian.

All of this quartet have failed to reach the tournament again.

2018 saw Kevin Anderson reach a second major final at Wimbledon, and Isner produce his most consistent year to date.

Anderson would finish second in his group, defeating Kei Nishikori and Dominic Thiem before falling to Federer. Isner on the other hand would remain winless and at the bottom of his group, falling to Djokovic, Cilic and eventual champion Alexander Zverev.

In the semifinals, Anderson was unable to overcome Djokovic, who would prevail in straight sets and move to the final. 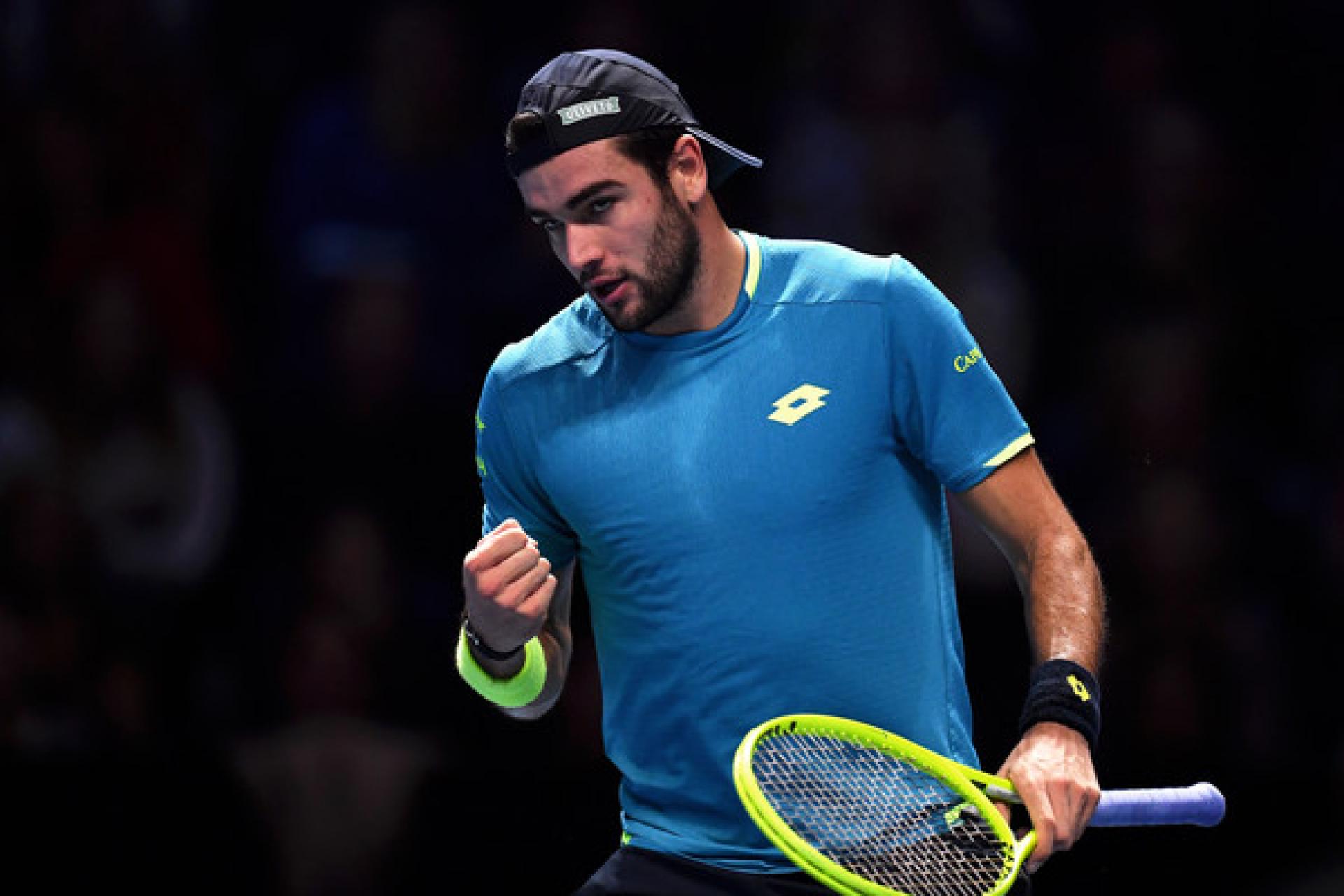 Matteo Berretinni was an unlikely starter at the 2019 event

The Italian enjoyed a sublime second half of 2019 that allowed him to leapfrog the likes of Roberto Bautista Agut and Gael Monfils for the final spot in the draw.

He would finish fourth in his group, with losses to Roger Federer and Novak Djokovic, but he would account for eventual runner up Dominic Thiem in a brutal display of tennis.