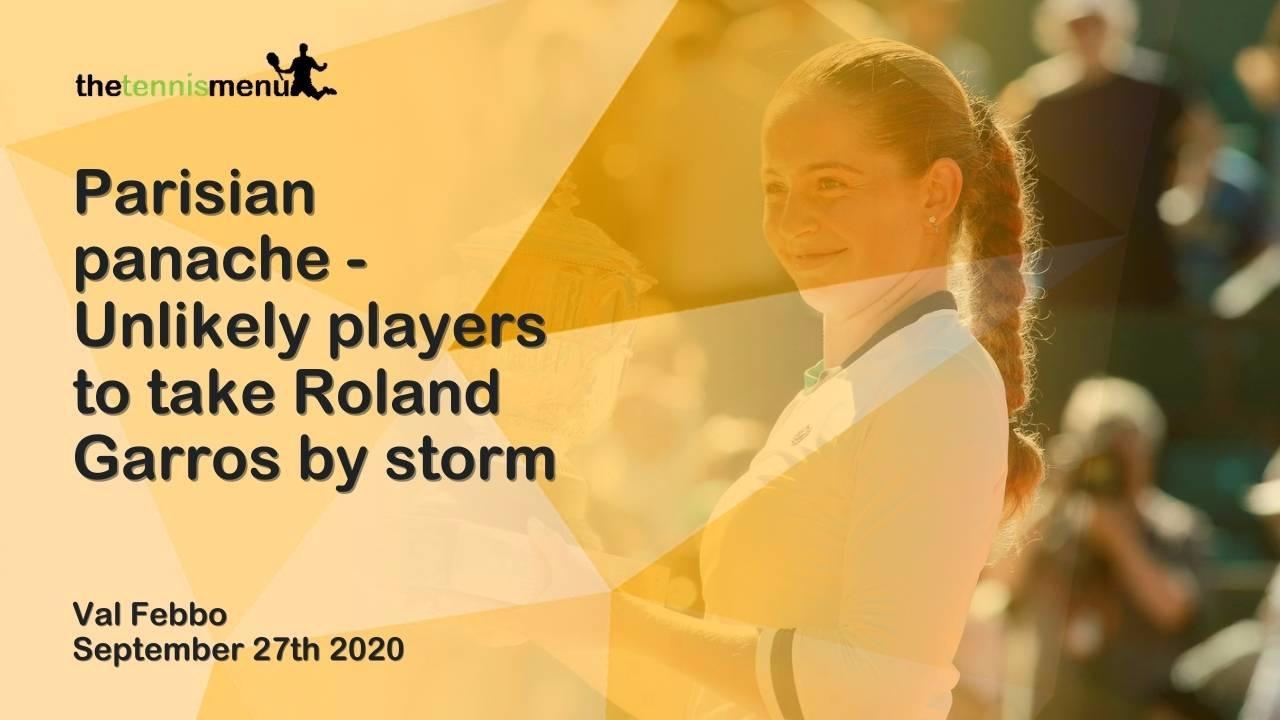 Roland Garros is a Slam where we have seen some of the most unfathomable upsets along with the most gruelling encounters in tennis history, which is what makes the tournament so special.

The red dirt of Chatrier and its sister courts have seen some magical runs that have brought plenty of excitement for fans around the world.

Here are some of the finest examples of Parisian panache over the last 15 years.

We cannot start this piece about a magical run at the French without mentioning Robin Soderling’s run at the 2009 edition of the event. The Swede breezed through his opening two rounds against Kevin King and Denis Istomin, before facing clay court specialist and superstar in his own right, David Ferrer.

Soderling won a tight four set thriller against the dogged Spaniard before the hardest test in the sport’s history, Rafael Nadal on Roland Garros clay, a place where he was undefeated and boasting a 31-match winning streak.

What happened next will forever be etched into French Open folklore, the then 24-year-old claiming one of the biggest upsets in the sport’s history with a 6-2 6-7 6-4 7-6 victory over the World No.1.

The Swede would reel off wins over Nikolay Davydenko in the quarters before an epic five set win over Fernando Gonzalez in the semifinals. He would ultimately fall victim to Roger Federer 6-1 7-6 6-4 as the Swiss Maestro would finally claim that elusive French Open crown. Despite being overshadowed by his conqueror, Soderling’s magical journey will forever be remembered.

He would reach the final again the following year, with Nadal reclaiming his crown with a 6-4 6-2 6-4 win. The Swede would never reach another major final. 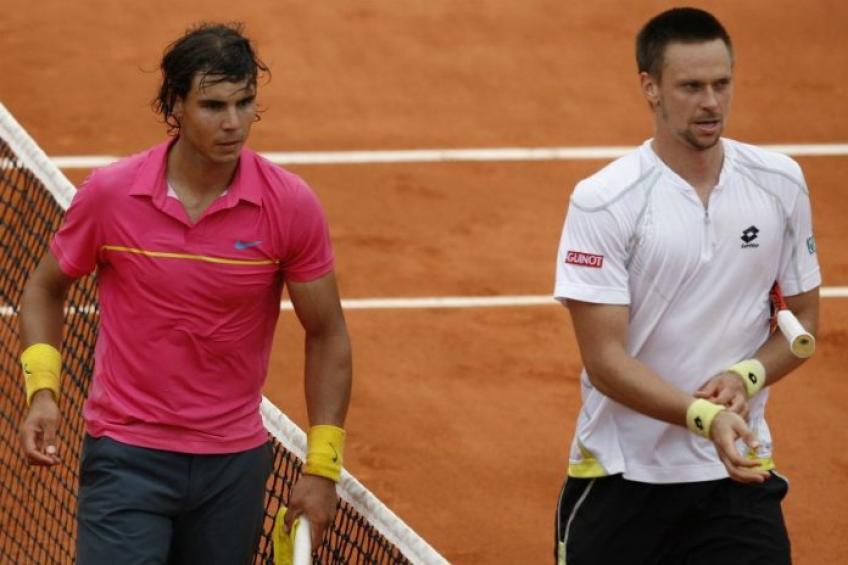 Robin Soderling pulled off the unthinkable against Nadal in 2009

Just two days after her 20th birthday Jelena Ostapenko made Roland Garros history as the first unseeded player to win the title since Margaret Scriven in 1933. It’s a result that truly came out of nowhere.

Straight sets wins over Louisa Chirico, 2016 Olympic gold medallist Monica Puig and Lesia Tsurenko kicked off her campaign before a fourth round meeting with 2010 finalist and 2016 semifinalist Sam Stosur.

After conceding the first stanza the Latvian stormed home to set up a quarterfinal clash with former World No.1 Caroline Wozniacki and again dropped the opener. The Riga native would replicate her fourth round heroics and claim the encounter to progress to her maiden Grand Slam semifinal.

In the semis she would face Swiss 30th seed Timea Bacsinszky and hold on in a tight three setter to reach her first Grand Slam final where former finalist and tournament favourite Simona Halep was waiting. The Romanian would boast a set and a break lead before Ostapenko began to hit her stride and club Halep off the court for a titanic 4-6 6-4 6-3 victory and one of the most unlikely Grand Slam wins. 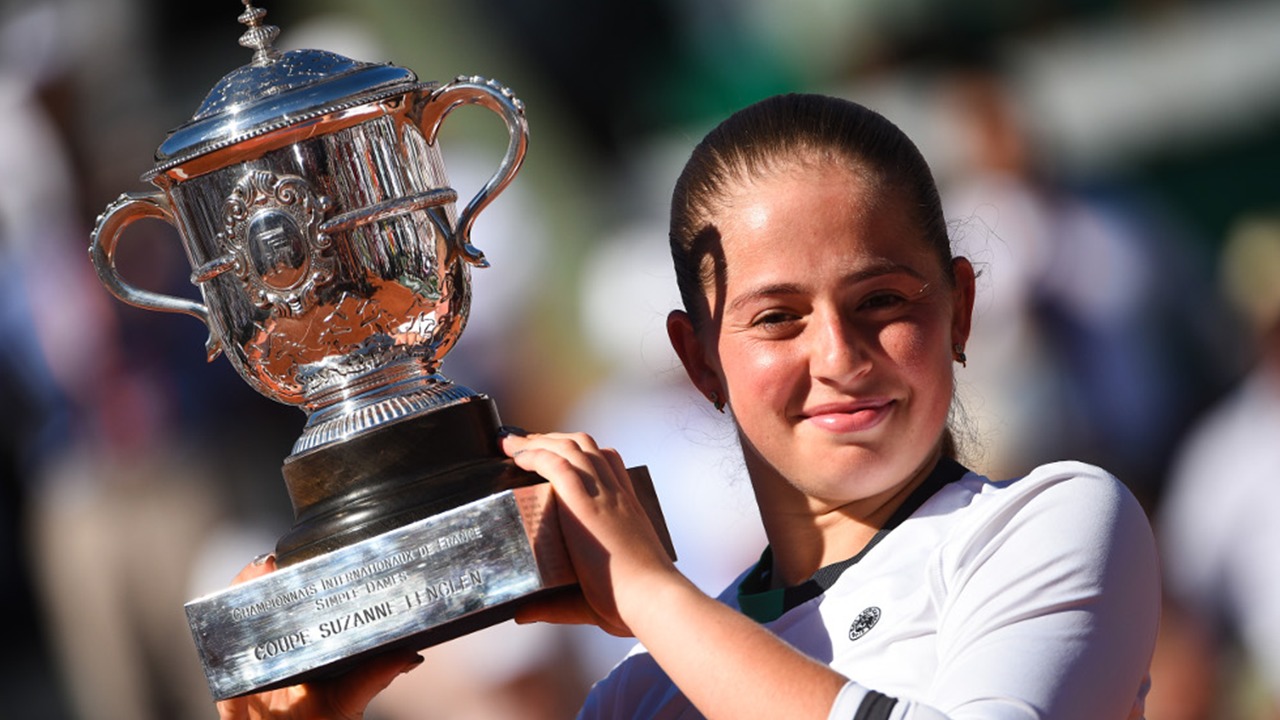 This one was completely unprecedented, the Italian had never won a main draw match at a major in four previous attempts, and in fact had not emerged from qualifying in three of his past four Slams.

His opening round hoodoo almost continued, clawing his way back from two sets down to defeat Romanian Marius Copil 2-6 6-7 7-5 6-2 10-8 to get the monkey off his back. The Palermo native continued his run with a smashing of Argentine Marco Trungelliti before an unlikely four set victory over tenth seed Pablo Carreno Busta in the third round.

Eighth seed David Goffin would await in the fourth, and with the battle locked at a set apiece, Cecchinato would drop only a further three games to find himself up against Novak Djokovic in the quarterfinal.

He is from Palermo.
And his name is CECCHINATO pic.twitter.com/DBaHsA70jQ

The Italian would stun the world claiming the opening two stanzas before Djokovic gained the ascendancy in the third to force a fourth. What ensued was a war of attrition, with Cecchinato causing one of the upsets of the decade winning the set in a tiebreak that saw a 13-11 scoreline.

However the run was to end in the semifinals against Austrian Dominic Thiem who claimed a tight straight sets win and progressed to his first major final, but everyone will remember the excitement that Cecchinato produced in Paris. 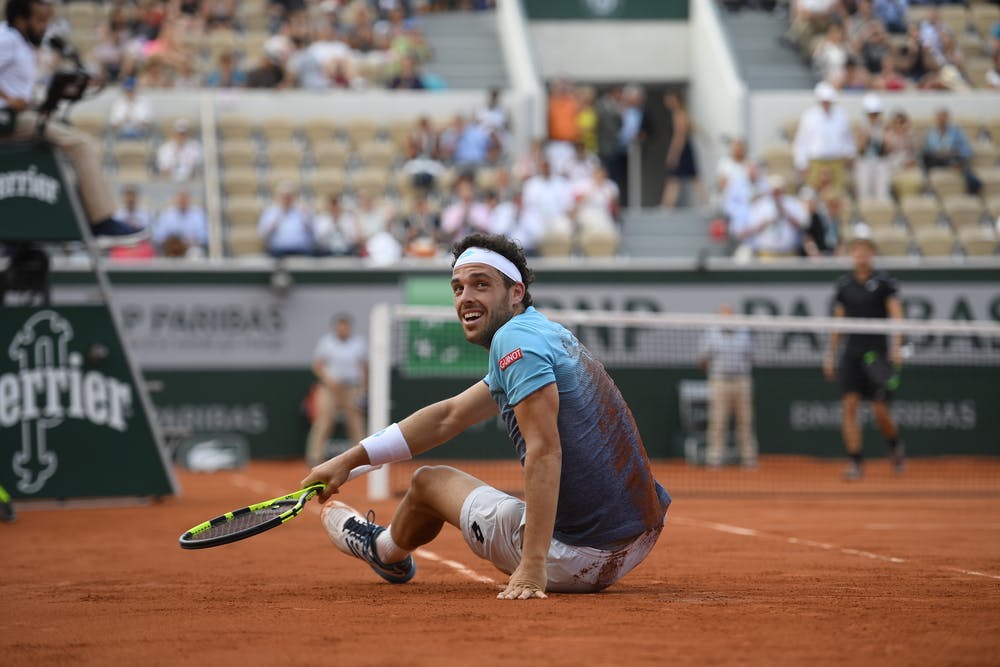 Cecchinato's win over Djokovic in 2018 was a roller coaster

The Russian was nearing her 30th birthday and had only won three titles in her career, with two previous major quarterfinal appearances on her CV. That personal best was about to change at the 2005 edition of the French Open.

After dropping her opening set of the event against Ukraine’s Yuliana Fedak before storming home to reach the second round where she would steamroll Argentine Mariana Díaz Oliva in straight sets.

Awaiting in the third round was Italian Silvia Farina Elia, whom Likhovtseva would defeat in a tight two set clash. The round of 16 encounter against younger countrywoman and fourth seed Elena Dementieva would prove to be scintillating, with the elder claiming the first in a breaker before her opponent would force a decider.

The final set would ebb and flow, before Likhovtseva finally landed the knockout blow to progress to her third major quarterfinal where she would face unseeded Bulgarian 15-year-old sensation Sesil Karatantcheva.

The Russian’s much younger opponent had already taken out Venus Williams from the event and claimed the first in this matchup before experience would prevail as Likhovtseva would edge through to her maiden Grand Slam semifinal where she would ultimately fall 6-1 6-1 at the hands of eventual runner-up Mary Pierce.

He would dispatch Croatian star Ivan Ljubicic in straight sets before cruising through to the third round with victory over Belgian Kristof Vliegen to set up a clash with Swiss qualifier and the champion in ten years, Stan Wawrinka.

After dropping the opener convincingly, Puerta, who had never progressed beyond the third round at a major, roared back to win in four to end Wawrinka’s first main draw appearance at a Slam. 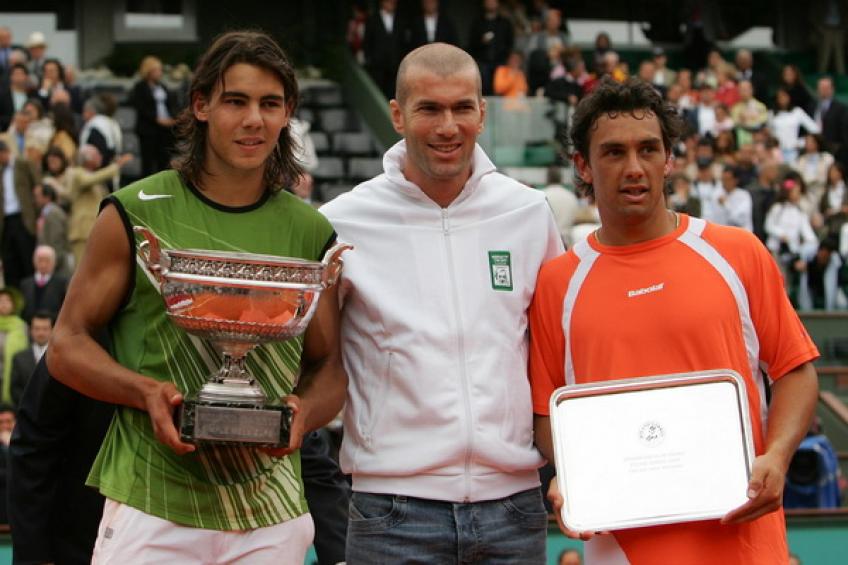 It was an all Argentinean affair with the 26-year-old facing Jose Acasuso and breezing through to the final eight, where he would again meet a compatriot in Guillermo Canas. Puerta would trail two sets to one before rallying to claim a five set thriller and continue his enthralling campaign.

In the semifinals Russian superstar Nikolay Davydenko started well, again forcing the Argentine behind after three sets but history would repeat itself with Puerta pulling through an epic encounter and reaching an unlikely Grand Slam final.

Unfortunately the World No.37 would be unable to sustain his form against Rafael Nadal, who would win the first of his now 12 Roland Garros trophies 6-7 6-3 6-1 7-5. Puerta underwent doping controversies later in 2005 and this French Open result is his last major match on the record books.