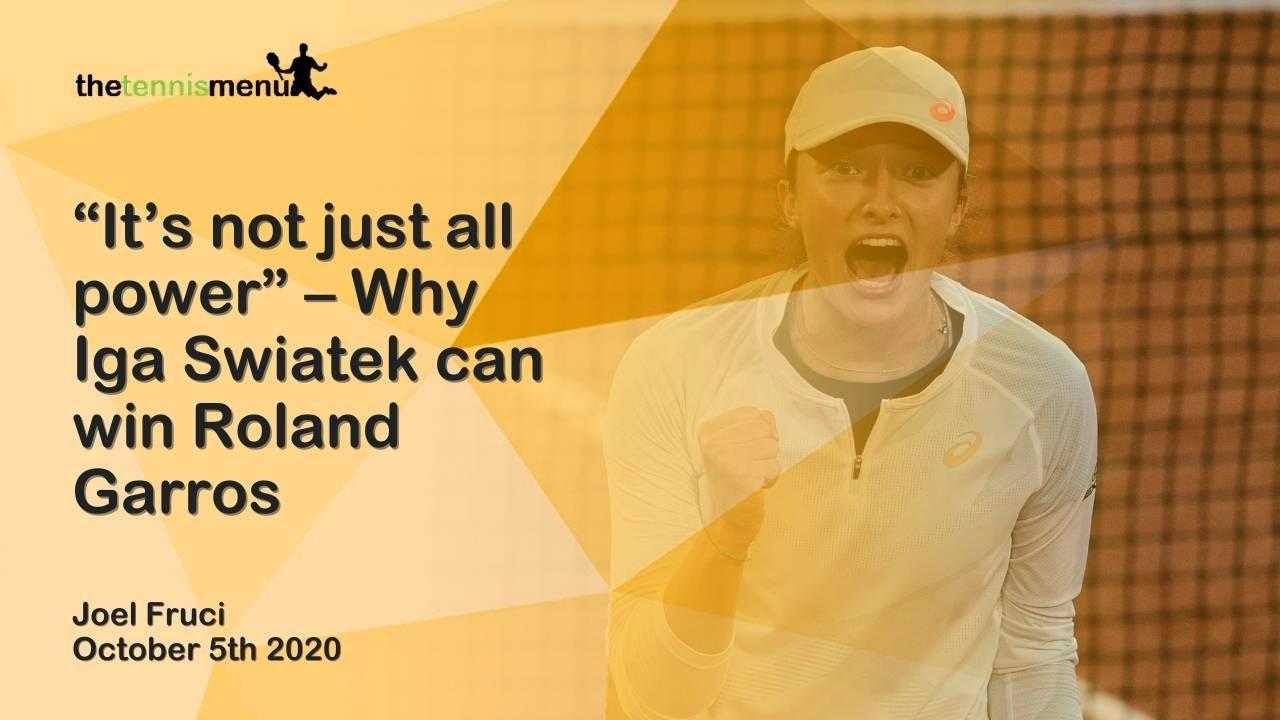 Such is the uniqueness of this French Open that it would be fitting if an unseeded player claimed the Suzanne-Lenglen Cup.

The clay slam has always had a reputation of serving up surprises, but none quite compare to this one.

There will be a new Roland Garros women’s champion in 2020. Polish young gun Iga Swiatek ousted No.1 seed Simona Halep in comfortable fashion, 6-1 6-2, on Sunday.

The 2018 champion became just another seed to fall in the women’s draw, leaving only Elina Svitolina [3], Sofia Kenin [4], Petra Kvitova [7] and Ons Jabeur [30] to scrap for the title.

Indeed Swiatek’s win over Halep – the near unbackable favourite – sounded a warning to the competition that the 19-year-old is ready to out-power just about anyone that stands in her way. 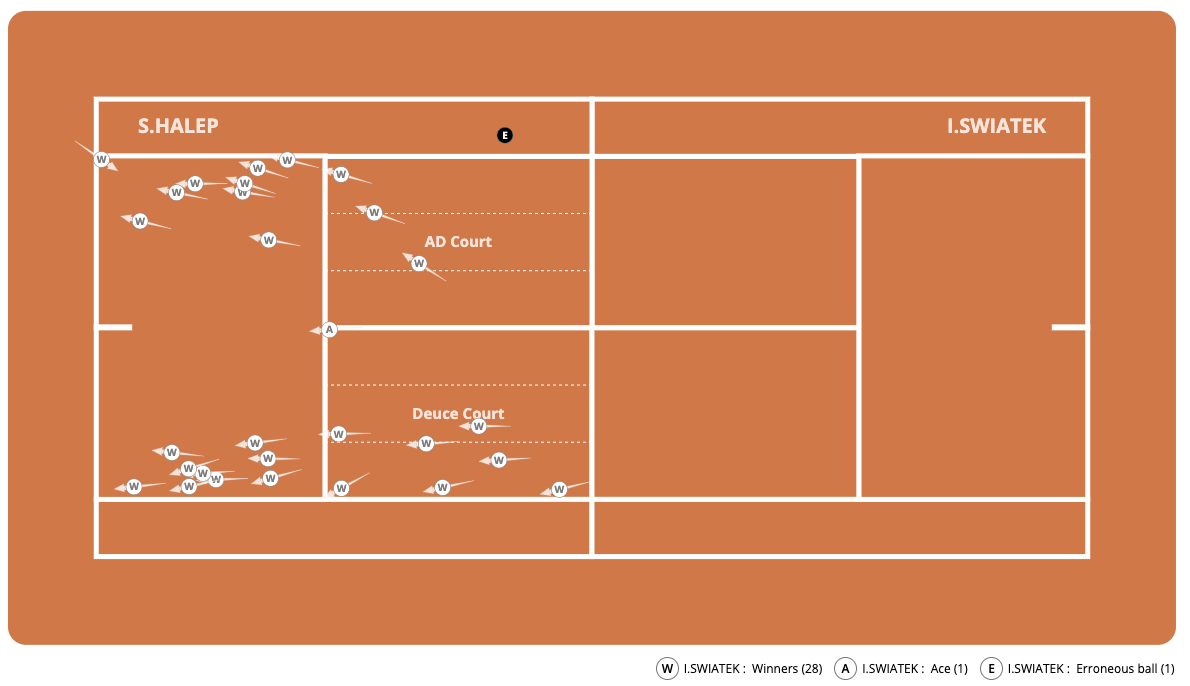 A breakdown of Swiatek's winners against Halep

Halep’s scalp was the most high-profile of Swiatek’s Roland Garros wins, but the Romanian’s is not the only big name that she has conquered. Marketa Vondrusova, the 2019 finalist, also succumbed to Swiatek, as did the tricky veteran Su-wei Hseih and the born-again Genie Bouchard.

Swiatek, who is expected to hit a career-high ranking of 45 at the time of writing (currently 54), blasted Halep off Philippe Chatrier with a youthful swagger and a winner count that hit 30.

Right from the get-go, Swiatek looked to take the game away from Halep who, up until that point, was unbeaten on clay in 2020.

Her composure, confidence and variation had all the makings of a grand slam champion.

“We’ve got a very similar player on our hands to an Ash Barty, she can be so creative,” Sophoulis said of Swiatek.

“The angles she was creating, they’re angles I haven’t seen female players utilise at all.

“She was hitting heavy and wide, she was then coming forward, she was opening space up and taking away space, she was coming into the net.

“It’s incredible to see a female athlete playing like that and I love seeing it because it’s showing us that the game is shifting a little bit on the female side and it’s not just all power.”

Swiatek takes on Trevisan next.

If her efforts versus Halep weren’t enough to prick up your ears, then think about Roland Garros 2017. Surprise winners – youthful winners – are not without precedent.

A 19-year-old Jelena Ostapenko came from relative obscurity to win that year, then ranked 47 in the world.

After an extraordinary event full of twists, turns and talking points, history effectively repeating itself should come as no surprise; so too the birth of a new star.