How has Roland Garros 2020 gone this long? 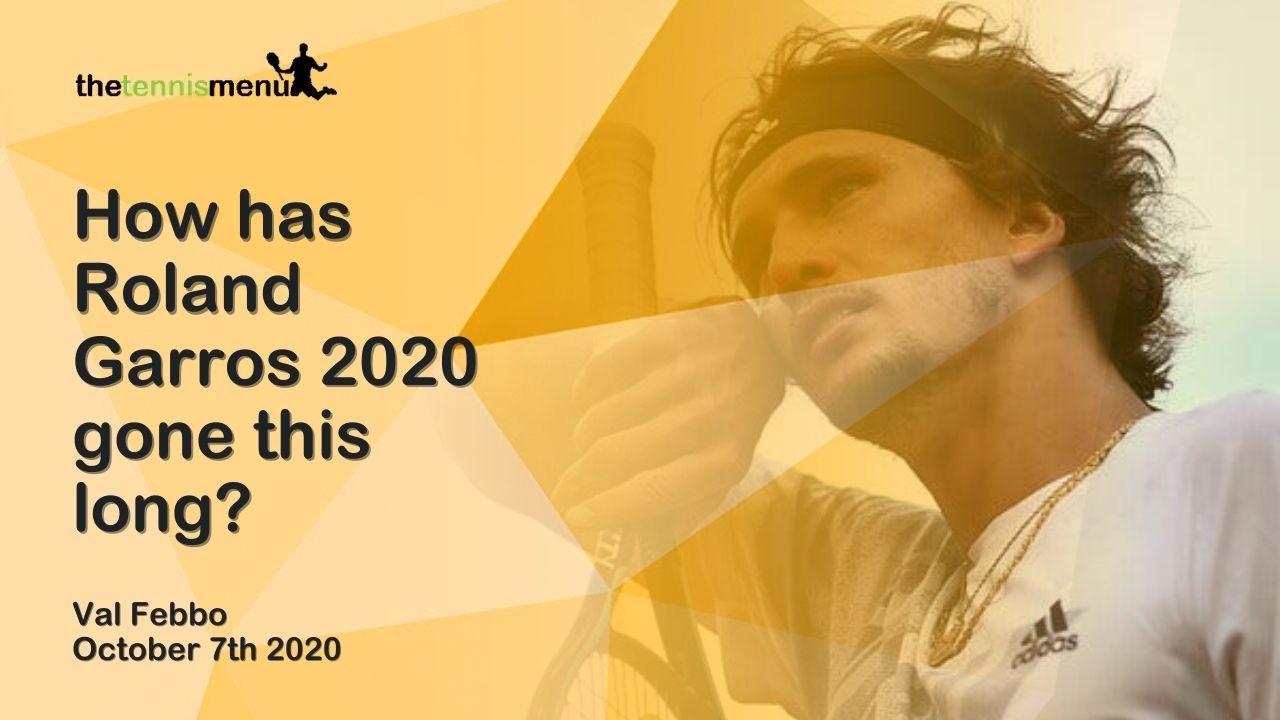 He is negative now, but after the revelations that Alexander Zverev had played his fourth round match at Roland Garros against Jannik Sinner with Coronavirus symptoms, the tournament’s enforcement of Covid protocols again looked non-existent.

Zverev revealed he had not been tested in five days, along with the fact that he played the match with a fever and not in a solid physical state.

“I’m completely sick. I can’t really breathe, as you can hear by my voice. I had a fever as well,” he said after his loss.

“I’m not in the best physical state I would say. I think that had a bit of an effect on the match today.”

The fact that he had not been tested in five days, along with the fact that he put other people at risk by even being at the grounds, is so baffling on both fronts that people and organisations can be so ignorant to the fact that we are in a global pandemic. 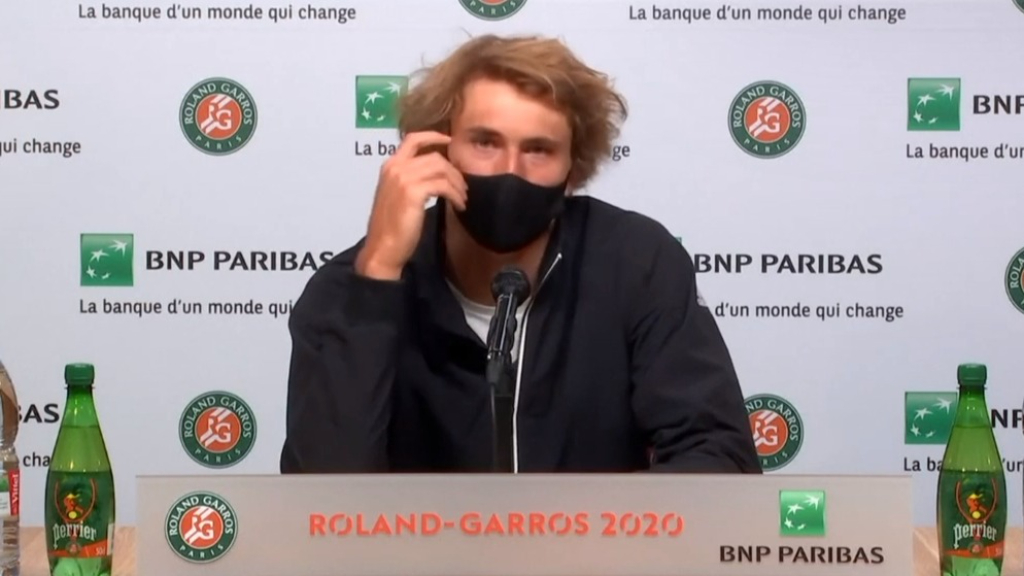 Alexander Zverev after his loss to Jannik Sinner

Zverev himself told the world that his parents contracted Covid in his US Open runner up speech, and was part of the ill fated Adria Tour during the ATP and WTA shutdown during the year.

For the FFT to not be testing as regularly as the USTA did, and for them to be so lackadaisical about the situation is quite frankly frightening, France recorded 10,489 on October 6th and are still not in lockdown. Melbourne had a measly six and its citizens can’t do anything.

It is amazing that the event hasn’t been shut down yet.

This comes after revelations from Denis Shapovalov that the so called ‘bubble’ isn’t a bubble at all, along with the fact that Damir Dzhumhur and Fernando Verdasco have vowed to take legal action against the FFT following their inability to participate at the event.

On The Tennis Menu’s daily Roland Garros show, co-host Joel Fruci is baffled by the lack of focus by the FFT and the clear disregard of Covid, along with Zverev’s fausvpas.

“It’s quite blasé from the outside looking in, and unfortunately it seems to be pretty reflective with what’s actually going on in Europe at the moment,” he said.

“First thing’s first, Alex Zverev, what are you doing? If you’ve got a fever that is an immediate red flag.

“Even dating back to the early days when this was kicking off, the fever was the sure sign that you need to be super careful.

“So the fact that he hasn’t said anything or reported it and gone out and played, he’s put Jannik Sinner in the firing line potentially and umpire Carlos Ramos the chair umpire is extremely selfish.

“There has been no tournament organised testing since September 29th, that is staggering. It’s been five to six days and no test.

“How that goes unnoticed is beyond me.”

Australian star Ellen Perez has given an alarming analysis of the Paris Bubble, saying that it cannot even be compared with the US Open protocols.

“The US nailed it, it was almost a perfect bubble, except for that second hotel which had regular guests.

“In terms of the hotel I stayed at, it was incredible, they had security, you couldn’t leave and they really kept on top of us with social distancing. They only left space for two people to sit at a time.

“They took every precautionary measure you could think of.

“Then we go to Paris and it was everything the US didn’t do. The only real good thing about the Paris Bubble was that the hotel was so close to the courts, about 10 to 15 minutes whereas the US it took an hour and a half.

“But there was no social distancing, people wore masks but they were less on top of it. The hotels had regular guests, they weren’t really controlling if anyone left like plenty of people left to go to the malls and stuff like that.

“After their tournament finished players were going out, seeing the Eiffel Tower and then coming back to the tournament hotel because there was normal guests, you could break the bubble. It didn’t really matter in the end.

“You could take transport, no temperature checks, no health checks, things like that. We’ve seen that Zverev played while he was sick, that would never have happened in the US because you had to say whether you had any symptoms.

“They let that one slip, and it’s non-compatible when you look at the two [bubbles].” 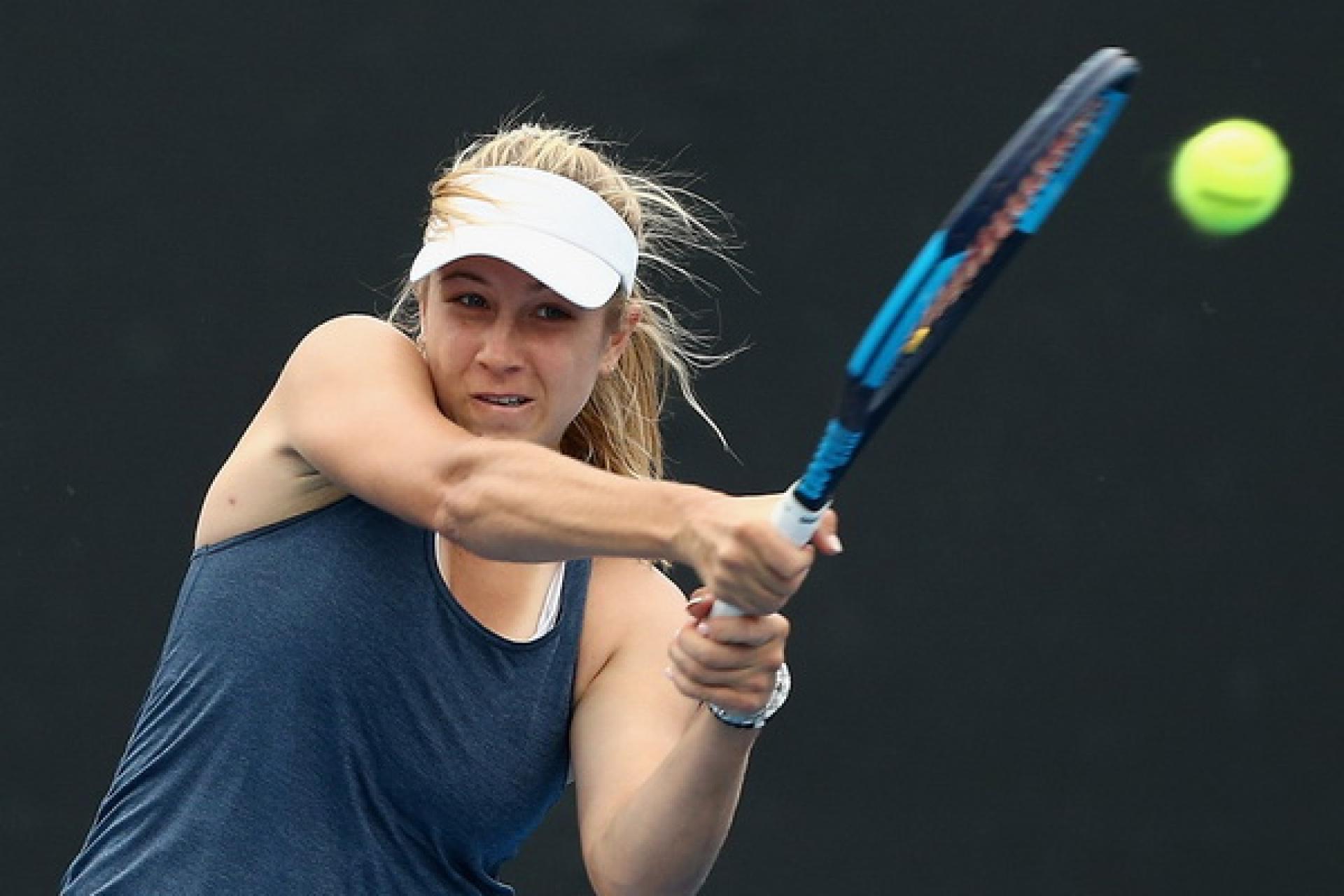 Ellen Perez gave a damning assessment of the Paris Bubble

Perez went on to discuss the lazy testing at Roland Garros.

“The testing was interesting as well, we did testing every four days at the US and every five at the French, every five is too much to be honest and it wasn’t even up to date,” she said.

“They were kind of very unaware of the last day you tested, they weren’t following or tracking anyone. If I wanted to get away with not doing my test I probably could.

“There was no update saying that you had to do your second test or third test. I don’t know if everybody followed the rules with the days,

“I heard plenty of people say ‘oh I forgot to do mine yesterday’ and it’s like how seriously are you taking this?”

With this incredibly concerning recount of the bubble in Paris, it is fair to say that it is an absolute miracle that Roland Garros has not been shut down in 2020. Fair play to the FFT for that, but with these startling revelations, changes must be made in organising this event in future years, because it is sheer dumb luck that this edition has not been a calamity.