Getting to Know Marc Sophoulis - The Tennis Menu Head Coach 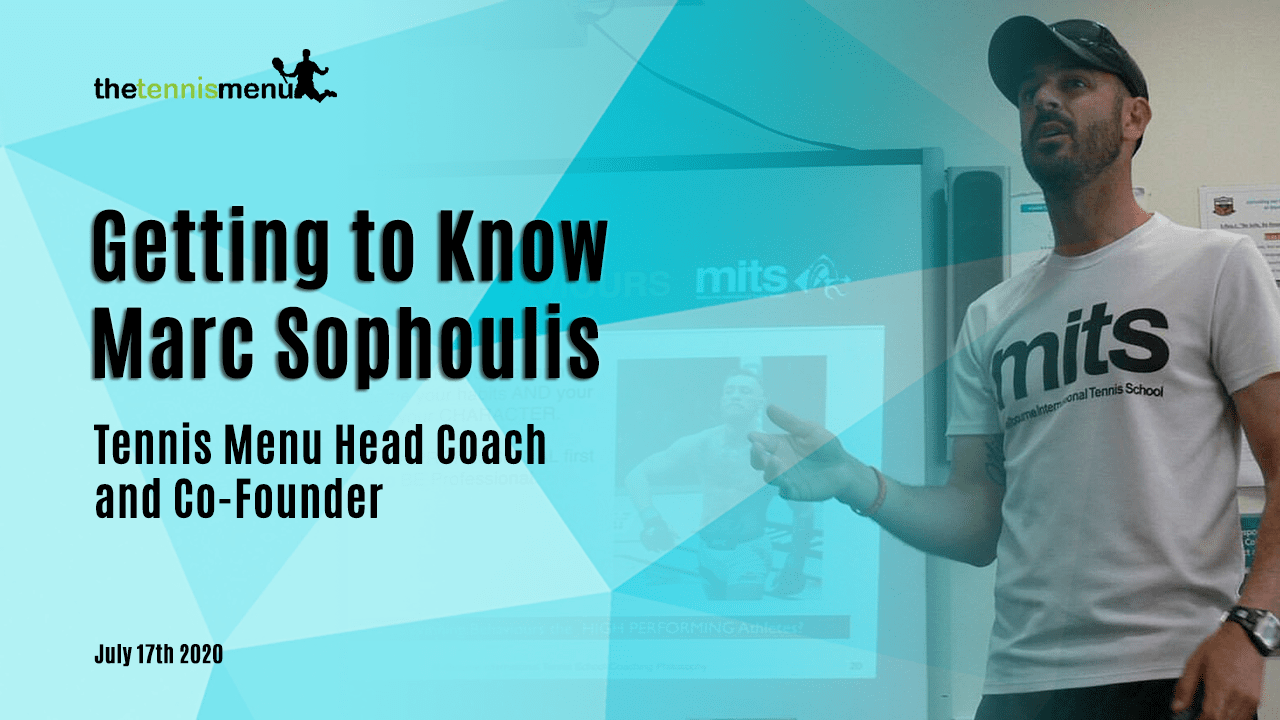 Where it all began...

Marc has been a full time tennis coach since 2001 after injury and a lack of financial support cut his tennis playing career short. Working alongside his former coach and mentor Michael Baroch, he joined a world class coaching environment, with Michael having coached several of the world's best players including Mark Philippoussis and Maria Sharapova. This was a driving factor in his development as a coach and fast tracked him along his current coaching pathway.

Marc is now the head coach at the Melbourne International Tennis School (MITS) and also oversees the Maribyrnong College Tennis programs in Melbourne, working with many high performing junior and senior players over a 10 year span. Over this period he has coached numerous junior national champions across all age groups.

In 2012, Maribyrnong College was named Most Outstanding Tennis School by Tennis Australia and in 2013 won the National Secondary School Championships. Maribyrnong Secondary College has since gone on to win 4 National titles. In 2011, Marc was named Victorian Rising Star Coach of the year and was named in the top 3 Talent Development Coaches in Australia in 2013 and 2014.

Marc has written and conducted a number of world renown coach development courses while at MITS, and also lead facilitates Tennis Australia's Level 2 (Club Professional) coaching courses for the past 13 years. Coach education is one of Marc's passions. In 2019, Marc was employed by Tennis Australia to design and deliver a nation wide Australian doubles workshop. 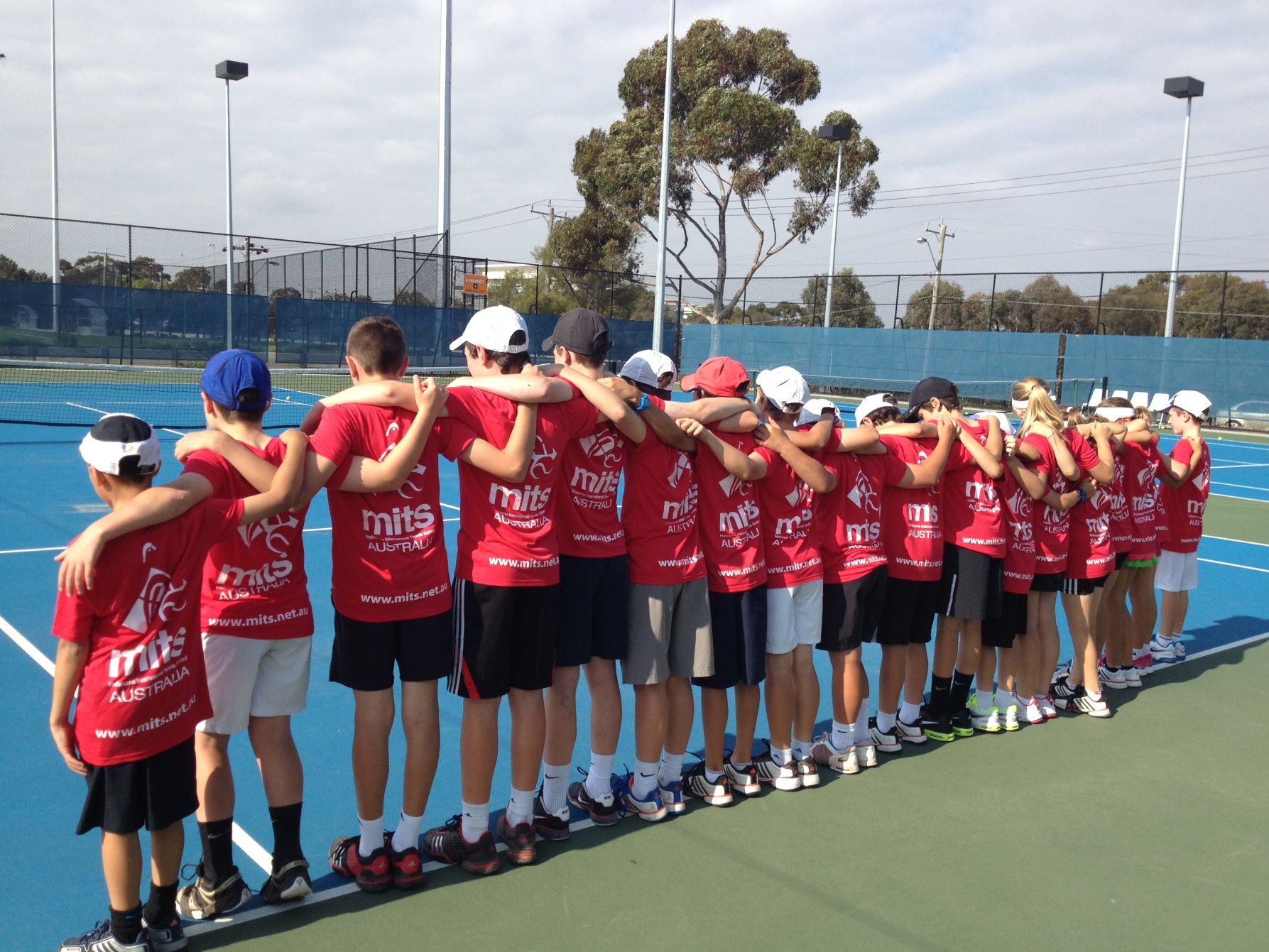 Marc has coached high level athletes for over 18 years, working on both the ATP and WTA tours for some of that time. He has developed an extensive network within the tennis industry, and has provided coaching and mentoring roles to a number of players and industry professionals.

Some of the players Marc has worked with include:

Additionally, he has been an integral part of the Bryan Brothers Australian Open campaigns for over 6 years.

Marc has also spent time as a hitting partner to many players at the Australian Open, including Simona Halep, Sabine Lisicki and Anastasia Pivovarova. 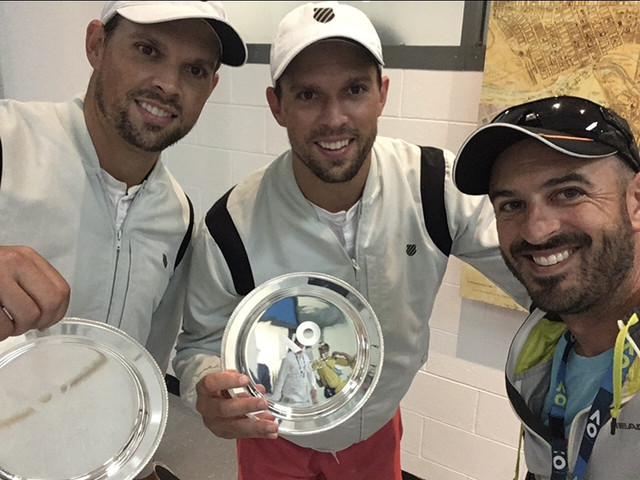 In 2007 he joined AFL club, the Richmond Tigers as a volunteer and assisted in the player development section of the Football Department alongside Craig McRae and Jade Rawlings, learning the craft of skill acquisition, developing young talent and structuring development programs.

This followed with a role as an assistant coach in 2014 and 2015 in the Richmond VFL team under Head Coach Tim Clarke, where his roles included midfield coach, backline coach and director of coaching. After 13 years at Richmond, he still maintains an active role as the coaching coordinator and assistant coach in the VFL program, which won the 2019 VFL Premiership. 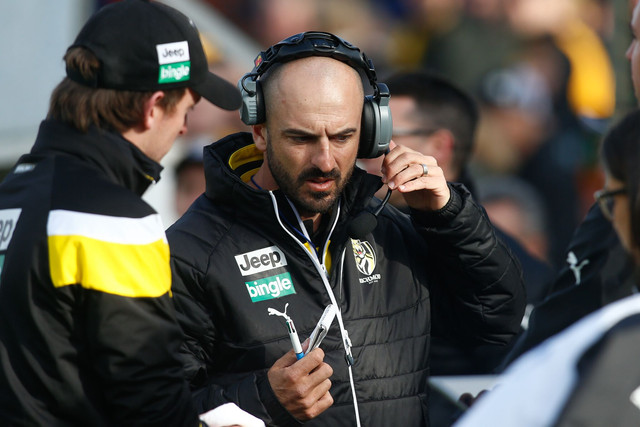 In 2016 Marc co-founded The Tennis Menu with good friend and fellow coach Nick Gissing, which is a collation of the philosophies he's developed over 20 years of coaching two sports at the highest level, as well as educating coaches all over the world. It brings together experts from a number of different fields to create a holistic coaching platform and become a one-stop shop for coach education.

The Tennis Menu launches in August 2020, and will be an opportunity for coaches, parents and athletes of all levels to access Marc's extensive experience within the sport and learn from one of the best tennis minds in the world today.