From Davydenko to Medvedev, Russia’s lean patch is finally over 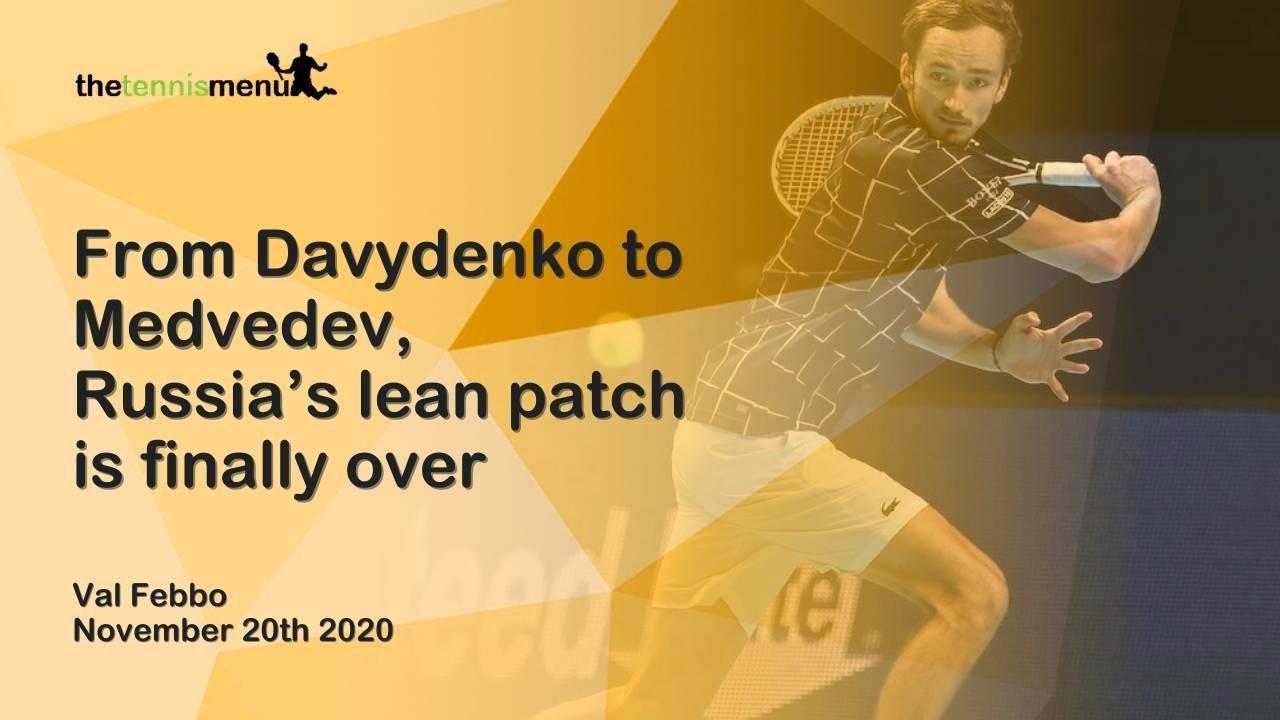 Since the ATP Finals first descended on London in 2009 Russia has endured a lean patch at the event, with only Nikolay Davydenko reaching this iconic event before Daniil Medvedev in 2019, the latter being joined by Andrey Rublev in this year’s edition, the conclusion of the English capital’s hosting tenure.

This patch began with the former World No.3 Davydenko saluting with the trophy eleven years ago when he overcame the likes of Nadal, Federer, Soderling and del Potro to rectify his defeat in the final of the last ever event in Shanghai the previous year.

Not one man from Russia would see this elite eight championship until Medvedev’s qualification, but even then the 24-year-old was unsuccessful in all three of his matches in 2019, languishing at the bottom of his group. 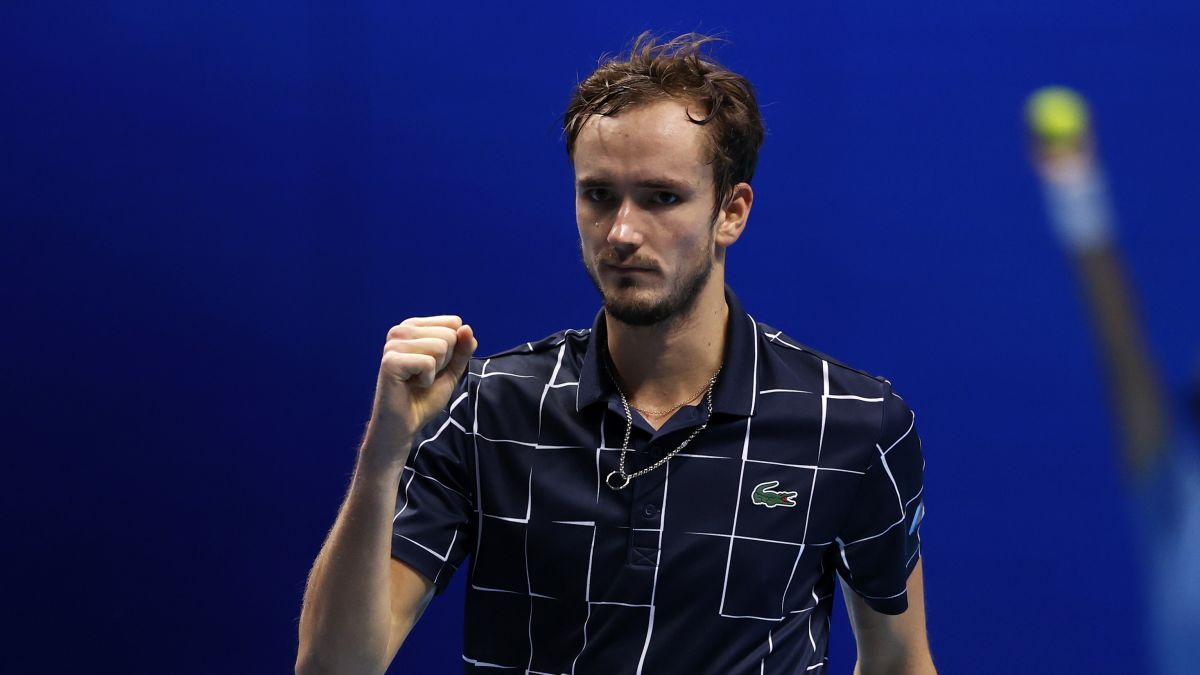 Daniil Medvedev has entered London with a point to prove

In 2020 however, he has been able to rectify his disappointing campaign from last season to claim top position in his group with still one match remaining due to the head-to-head count back system used to decide the groups.

The first Russian since Davydenko in that inaugural London event to reach the final four of this illustrious competition.

It has been eleven long years, but the most exciting part is that tennis fans are only getting a glimpse of what is yet to come from this Russian revolution of the ATP.

Medvedev will look to join Davydenko as the only men from their nation to reach the final of this event, one that has also seen national legends such as Marat Safin and Yevgeny Kafelnikov ply their trade.

Rublev’s campaign has ended, but not before claiming the scalp of group winner and 2019 runner up Dominic Thiem. He will finish his year with the most titles on tour, which can only be equalled by Novak Djokovic if he lifts this trophy aloft come Sunday.

Aside from the two frontrunners, Karen Khachanov has more than proven his ability on tour, he is a Masters 1000 champion and has briefly ventured into the top 10 at the end of 2018.

With these three superstars at the helm of Russian tennis, they will ensure that they will contest the Davis Cup and ATP Cup with ferocity and quality.

Not since 2007 has Russia reached the final of the coveted Davis Cup, and the nation’s last salute was the year before when Safin sealed the tie against Argentina in a live fifth rubber, this crop of players is arguably just as good, and has the next decade to come with all three still so young.

As the ATP Finals jets off to Turin next year, many assume that Medvedev, Rublev and Khachanov will follow with it and contest events there, but with some pages left to write of this historic book in London, wouldn’t it be sweet if Russia were the bookends?

The ATP Finals at the O2 Arena have become an institution, and has seen three different generations participate in this wonderful event, and it could finish with the evolution of a Russian powerhouse.