Djokovic Reputation Will be Hard to Repair 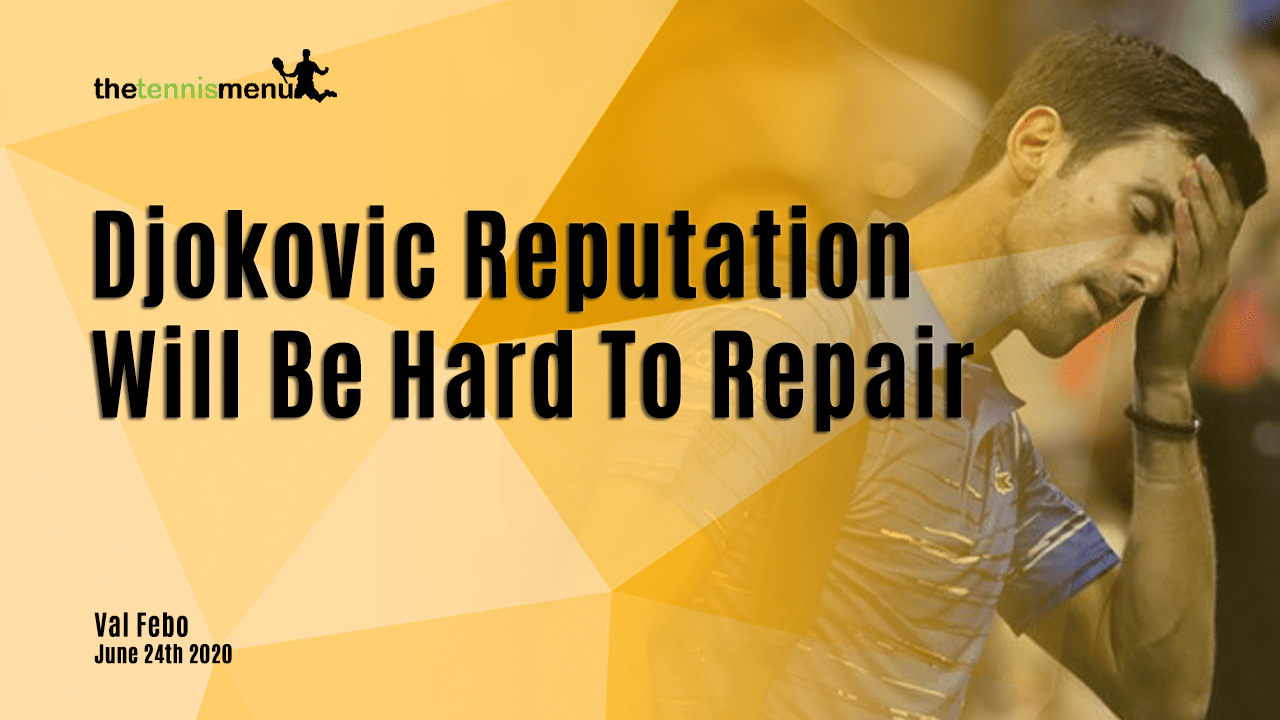 It is fair to say that Novak Djokovic has had a fairly subpar suspension period since the tennis circuits ceased play in March. His actions over the past week in organising the Adria Tour exhibition events have come under scrutiny for completely disregarding social distancing guidelines that have been adhered to by most of the global population.

Ever since his Instagram Live stating that he does not believe in vaccinations and stating that people can drink the most polluted water if they exude positive energy over it his movements and actions have been heavily in the public eye.

When footage surfaced of the World No.1 dancing in a club with his shirt off eyebrows were raised, not to mention the plethora of tennis stars rubbing shoulders, sharing microphones, hugging and getting involved with crowds.

The Adria Tour images were shocking and cringeworthy to say the least, not to mention the fact that Djokovic went back to Belgrade from Croatia after Grigor Dimitrov announced that he tested positive to Covid-19. 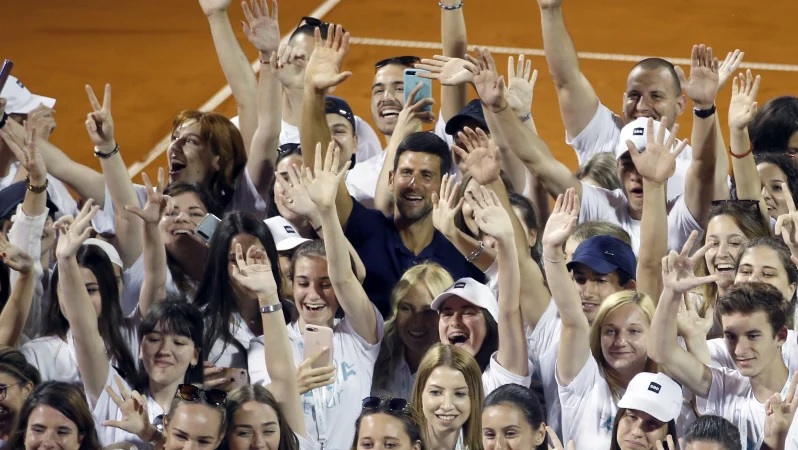 As players president he has shown a lack of leadership not just with the Adria Tour but with his lack of involvement in talks with USTA officials and players about the protocols that will be undertaken in order to ensure that the Flushing Meadows major goes ahead.

It was widely criticised that the 33-year-old did not participate in the original Zoom call with officials and players, none more scathing than America’s Noah Rubin.

“Obviously these pictures of him playing soccer have surfaced, so you can make time for that but you can’t get on a Zoom call for 30 seconds, a minute and a half to share, to know that you’re a part of something, that I can talk to you?” Rubin said on his podcast Behind the Racquet.

Others including Nick Kyrgios, Danielle Collins, Mitchell Krueger and Tennys Sangdren have all expressed their displeasure with Djokovic in recent weeks, bringing the future of his leadership into question.

Can he possibly continue a successful reign as Players President after his torrid run in 2020?

It isn’t even just Djokovic, his wife Jelena posted a video on Instagram seemingly indicating Covid is a conspiracy, which has since been labelled as incorrect by the social media platform. 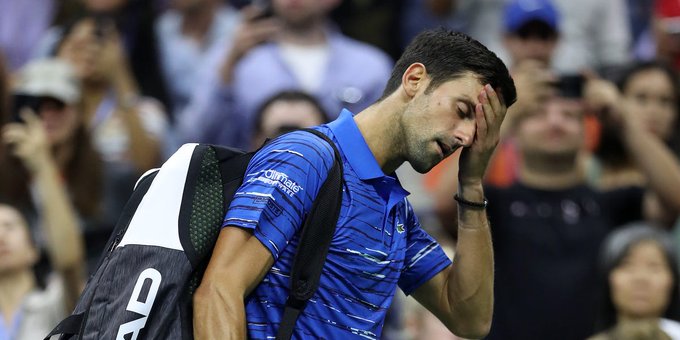 Furthermore, both of his parents have scathed Roger Federer for absolutely no reason in the past few months, with his mother Dijana going so far as to call the 20-time Grand Slam champion arrogant.

It has often been perceived that Federer and Rafael Nadal have been the shining lights of the ATP Tour, and that Djokovic is always in the minority. Well is it hard to see why when he and his family act like this?

He is not above a global pandemic, and has brought the game of tennis into disrepute. Like it or not, it is the cold hard truth here and cannot be argued.

Another question out of the scenario is whether or not Djokovic should be suspended from playing if this snowballs further? Not to mention the other players involved. It cannot be out of the question if positive tests rise because of the event.

All have significant influence in society and are looked up to as role models by countless children around the globe, and their actions and disregard for social distancing are almost establishing to youths around the world that it is fine to ignore social parameters and get as close to as many people as possible.

It is not fine, plain and simple.

The worry now goes with the people that have tested positive, including Viktor Troicki’s pregnant wife Aleksandra. Women carrying children are classified as ‘high risk’ under Covid guidelines, so who knows what the effect will be on her or her poor innocent unborn child. It is a frightening thought to say the least.

The Adria Tour has been a debacle for tennis, and Novak Djokovic’s laissez faire attitude to the pandemic has been abhorrent. He has committed serious harm to his reputation that may be irreparable.

Can he come back from this?