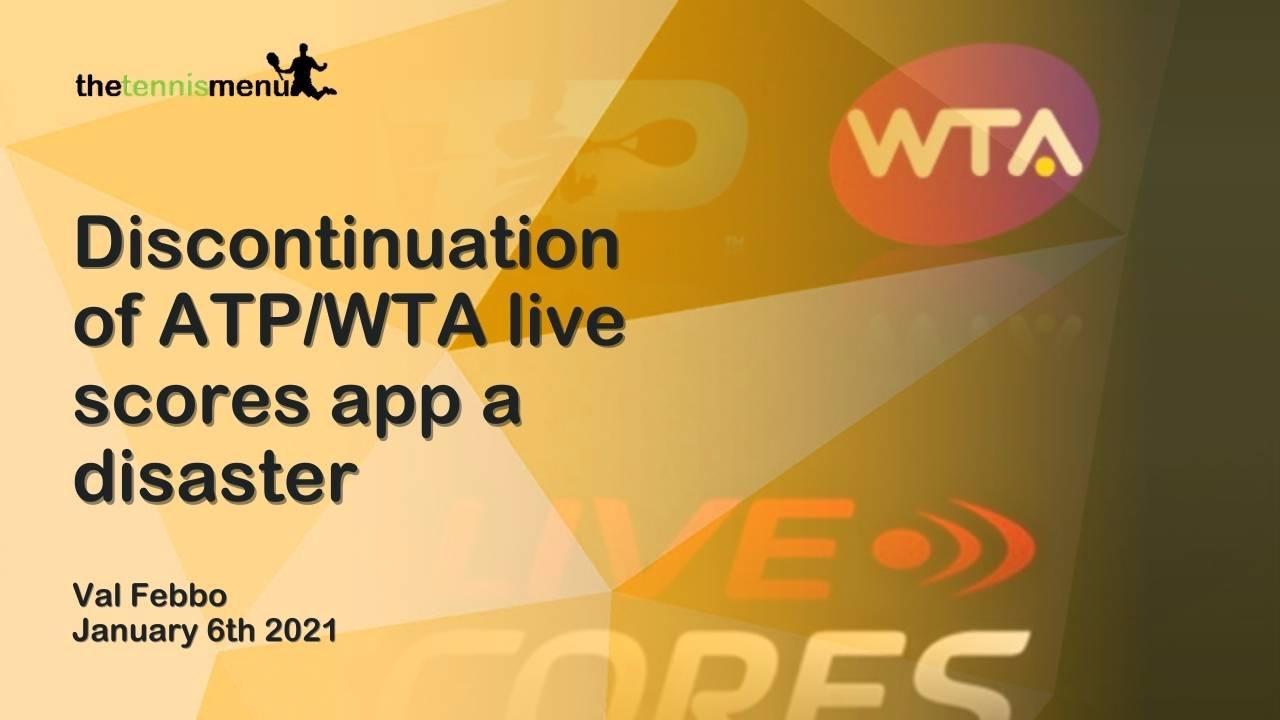 Before the new year the Twitter account of the ATP Tour bestowed the terrible news that the ATP/WTA live scores app was to be axed, a major blow to tennis fans across the globe.

The reason given was that changes to data feeds meant that the application was no longer able to meet the technical requirements of both tours.

As a tennis fan and journalist, I am still yet to come to grips with the announcement considering that this is the first app I downloaded when I acquired my first ever iPhone in late 2010, and since then I have glanced at it almost daily.

As we edge closer to the beginning of the 2021 calendar with ATP tournaments in Delray Beach and Antalya coinciding with the WTA competition in Abu Dhabi, tennis pundits are left with a void due to the fact that following scores is going to be much more difficult without a sanctioned app with everything in one place.

The ATP/WTA app had tour level scores, draws, ATP Challenger scores, head to head records and rankings updates for both genders in singles, doubles and the races to the respective end of year finals.

The men’s governing body has it’s own app which contains scores and draws and ties in very well with the website, but live updates are not as easily accessible and fans are unable to find the PDF style draws that are much easier to analyse.

It is a fantastic app, don’t get me wrong, but scores aren’t the focal point.

The WTA however, doesn’t even boast an app! How can the governing body of an international sporting tour in this day and age still expect fans to go to their website for live scores?

It is genuinely abysmal that it hasn’t happened yet, making it even more difficult to follow the WTA and the phenomenal players that grace the court under the organisation’s name.

Players on the women’s tour have even complained on social media about the lack of an official  live scores venue on their devices, making the decision even more bizarre.

Romanian Sorana Cirstea was one asking for an official scores app on Twitter, receiving over 1000 engagements.

With apps like Flash Score, Resultina, Tennis One and others people can still get their tennis scores, but none will do it in a way that the ATP/WTA one did.

It is an utterly disgraceful decision that needs to be rectified, the program was simple, easy to navigate, informative, important and downright brilliant.

The ATP Tweeted that the organisation and the WTA remain committed to exploring alignment with the WTA on digital products, it can’t happen quickly enough.

Rest in piece ATP/WTA Live Scores, you will be sorely missed.