Bouchard: The next Sharapova to forgotten talent 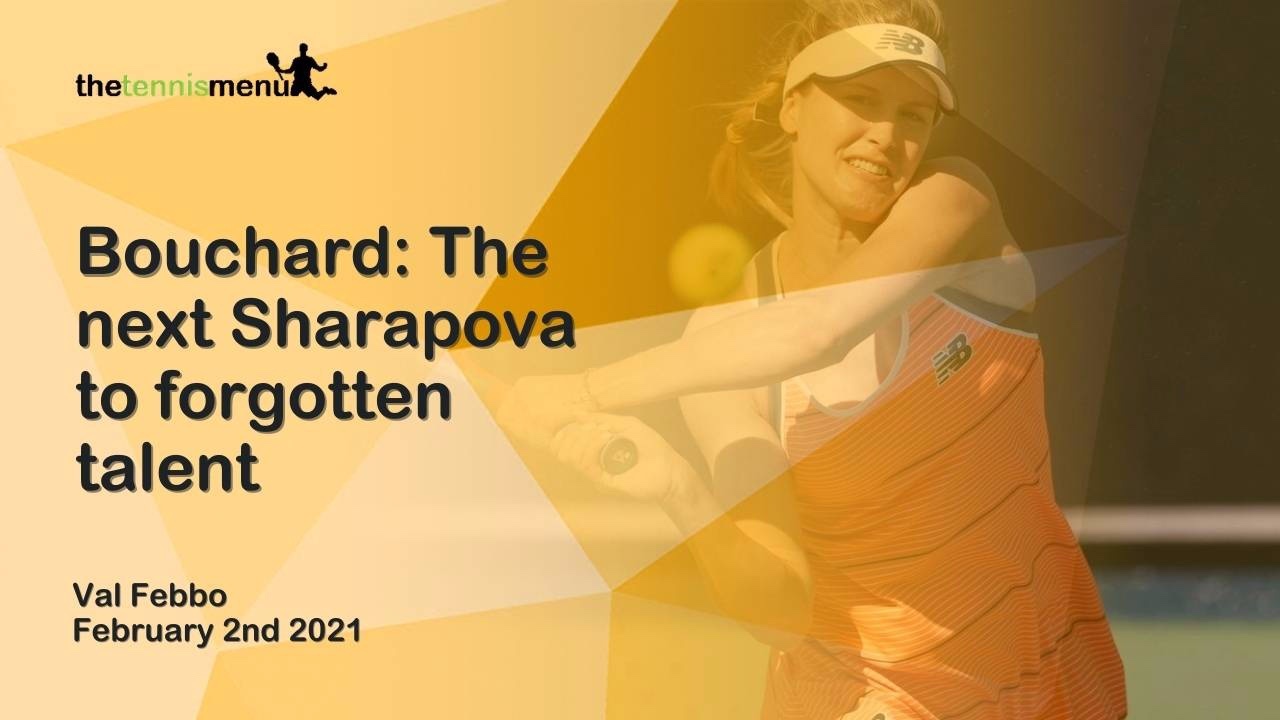 In 2014 Eugenie Bouchard took the tennis world by storm, the talented teenager improved out of sight and entrenched herself into the top 10. Sponsorship deals were aplenty and the Canadian was dubbed the next Maria Sharapova as tennis’ golden girl.

Fast forward to 2021, as the WTA descends on Melbourne for the Australian Open, the former World No.5 finds herself languishing at 141 in the world and failing to progress through qualifying for the opening major of the season.

Her deal with clothing mega brand Nike also a think of the past, showcasing her move to New Balance on her social media platforms. 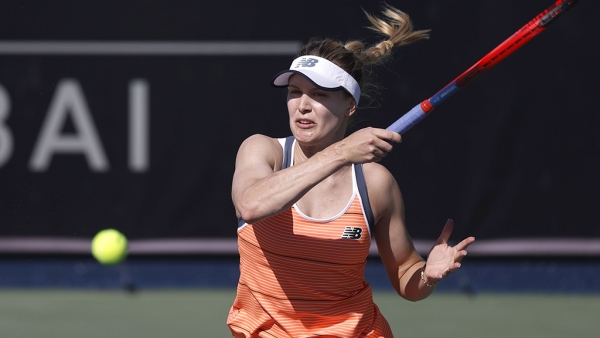 It’s a far cry from the Bouchard that embarked on her breakout 2014 with a maiden semifinal run at a Grand Slam at Melbourne Park, which included victories over the likes of Casey Dellacqua and Ana Ivanovic.

Her campaign was ended in brutal fashion by Li Na but a star was allegedly born, and she was labelled the player to watch in the coming months.

After beginning the year at a career high of 32 Bouchard almost slashed it in half and rocketed inside the top 20. It would continue to rise after consistent performances through Dubai, Acapulco, Indian Wells and Charleston before she headed to Nurnberg in Germany as the second seed.

That week would provide her maiden WTA title for the loss of just one set in the final to future World No.1 Karolina Pliskova.

It was another stamp of authority on an already impressive season, which would be further bolstered when the Montreal native arrived in Paris for Roland Garros. 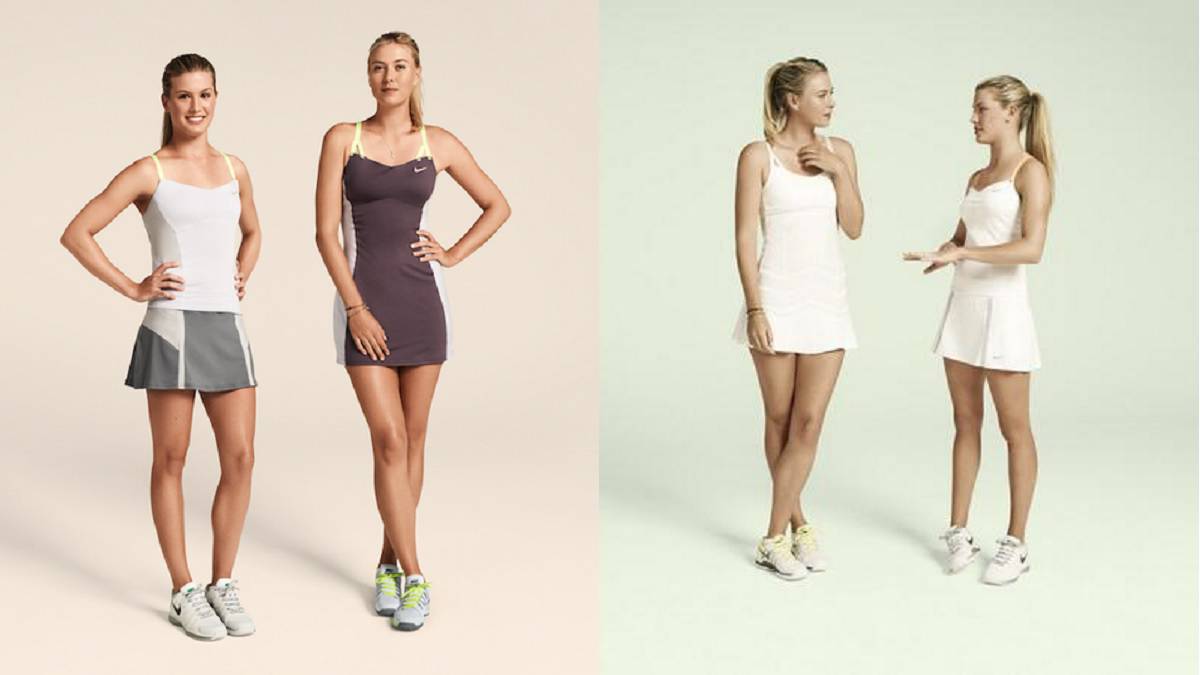 If the tennis world hadn’t opened their eyes to what had already unfolded off the racket of the then 20-year-old, they were after the Parisian fortnight.

Bouchard would power to yet another Grand Slam semifinal, amassing triumphs over a quality field including Shahar Peer, Julia Goerges, Angelique Kerber and Carla Suarez Navarro. Only eventual champion Maria Sharapova could bring her tournament to an end with a 4-6 7-5 6-2 victory.

The consistency was to be maintained for Bouchard, who landed in London brimming with youthful exuberance and her opening match at Wimbledon established that her level was unaltered.

A straight sets win over former top 10 star Daniela Hantuchova before a string of victories over seeds Andrea Petkovic, Alize Cornet and future conquerors of the All England Club Kerber and Simona Halep en route to her first Grand Slam final.

It was all to end there with Petra Kvitova claiming her second major title in dominant fashion with a 6-3 6-0 demolition of the Canadian.

From there on in Bouchard would storm into the the top 10, whilst also gaining a career best performance at the US Open with a fourth round appearance, a feat she has only been able to replicate once.

She would qualify for the WTA Finals in Singapore and remain winless, but finish a prosperous year at a career high ranking of five in the world.

The world was at her feet and there were even photoshoots with Maria Sharapova as Nike’s next poster woman for tennis. She was supposed to be the sport’s next star, but what happened?

A combination of form, attitude and injuries halted her success, with just one major quarterfinal appearance since that breakout year, and it was immediately after at the 2015 Australian Open.

Since her second fourth round appearance at the US Open in that same year, Bouchard has failed to reach the round of 16 at a Slam since, none from the 18 main or qualifying draws she has taken part in. 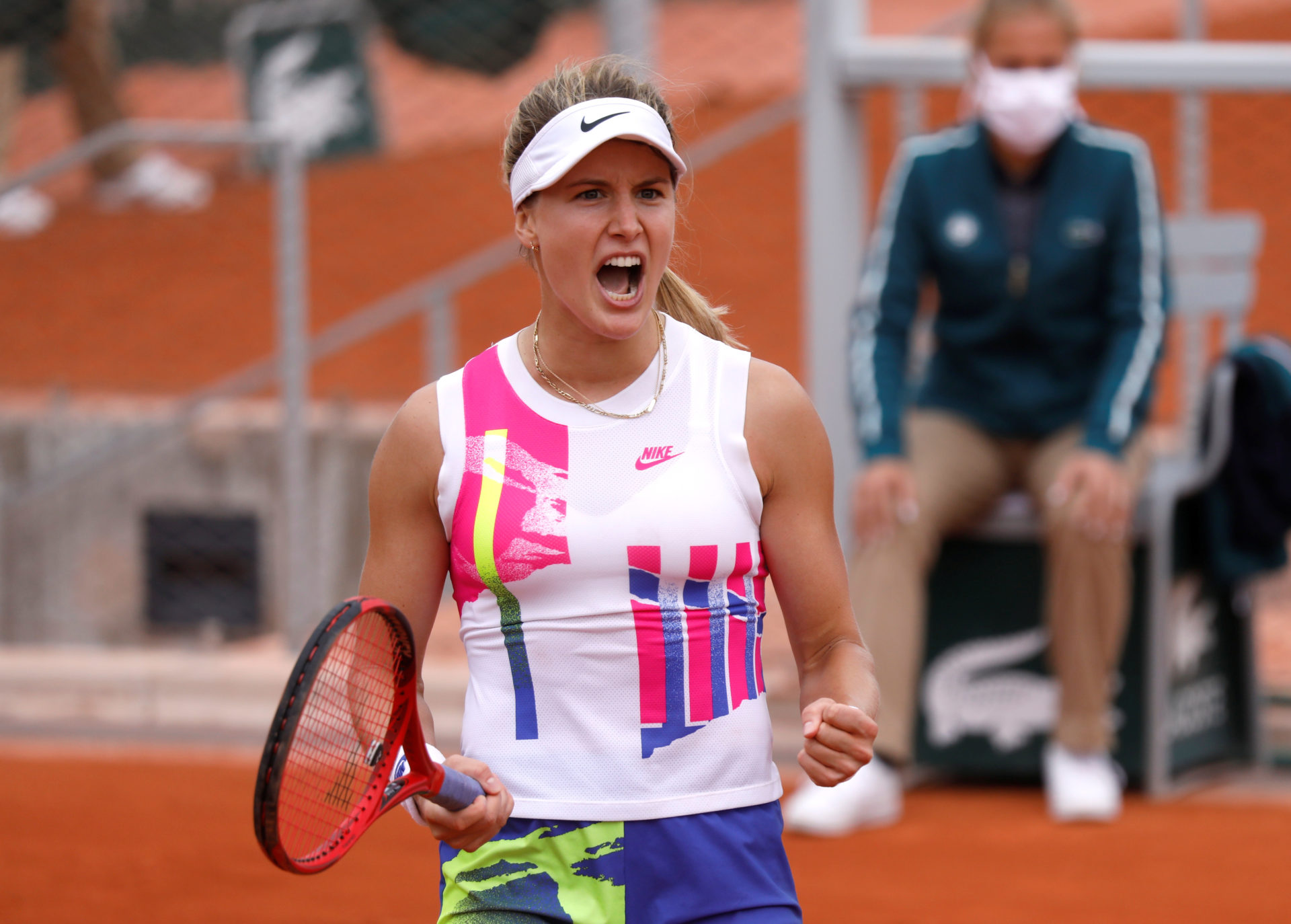 Will we ever see Bouchard's best again?

The 26-year-old has failed to win another title since Nurnberg, falling in all five finals she has contested. She would not see a decider from March 2016 until September of 2020 when she reached the Istanbul championship match, falling to Patricia Maria Tig.

There has been concussion issues after a serious fall and a lack of form, along with the fact that her social media, Sports Illustrated photoshoots and endorsements have seemed to take a front row seat, leaving quandaries regarding her attitude towards the sport.

The new development is that her contract with nike is now over, with the deal becoming dormant and Bouchard moving to rival New Balance. Her new brand has been plastered over her social media platforms of recent times, causing many to wonder what happened with Nike? Is she just not marketable anymore?

It is unknown what tennis pundits will see of the woman affectionately known as Genie will be able to conjure her early career magic, but it has been seven years since that golden season. Maybe that was the anomaly, and she is just mediocre with flashes of brilliance.

Only time will tell.